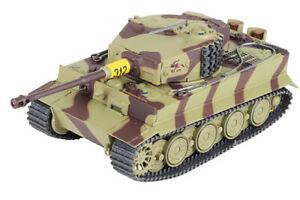 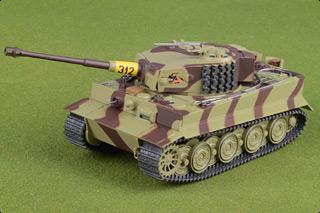 The German Waffenamt issued an order to design the VK4501(H) (as the PzKpfw VI Ausf. E was then known) in May 1941, just one month prior to the commencement of Operation Barbarossa.

Interestingly, Henschel und Sohn of Kassel was charged with building the heavily armored chassis while Krupp, by far the largest munitionwerks in Germany, was given the task of developing the turret.

The PzKpfw VI Ausfuhrung E (type E) was one of the first German tanks to feature a torsion bar with eight interleaved wheels, which was designed to support the weight of the mammoth 57-ton tank.  The Ausf. E mounted a huge 8.8cm KwK36 L/56 cannon and featured two MG34 machine guns for close support against enemy infantry.  By war's end, 1,354 vehicles had been produced, some rolling off the Wegmann assembly line.