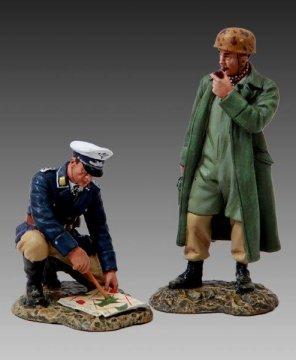 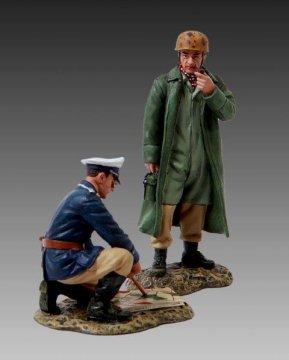 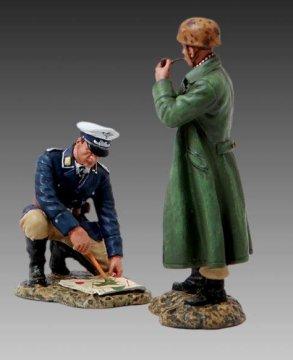 German Luftwaffe ace Gerhard Homuth was one of the top scoring aces in the North African campaign with 60 plus kills to his credit.
Homuth also served on the Western front during the battle of France and Britain before he found fame in the Middle East.  Following the Axis withdrawal from North Africa, he was posted to the Eastern Front where he flew an FW 190.  Homuth was awarded the Knights Cross at the young age of 26 years old, but was killed 2 years later in 1943 whilst serving in Russia.
This two-man set comprises Homuth scanning a map for his next operation with an FJ soldier who seems to be taking a somewhat casual interest before heading for the canteen!  In this version, they are wearing Tropical issue gear.