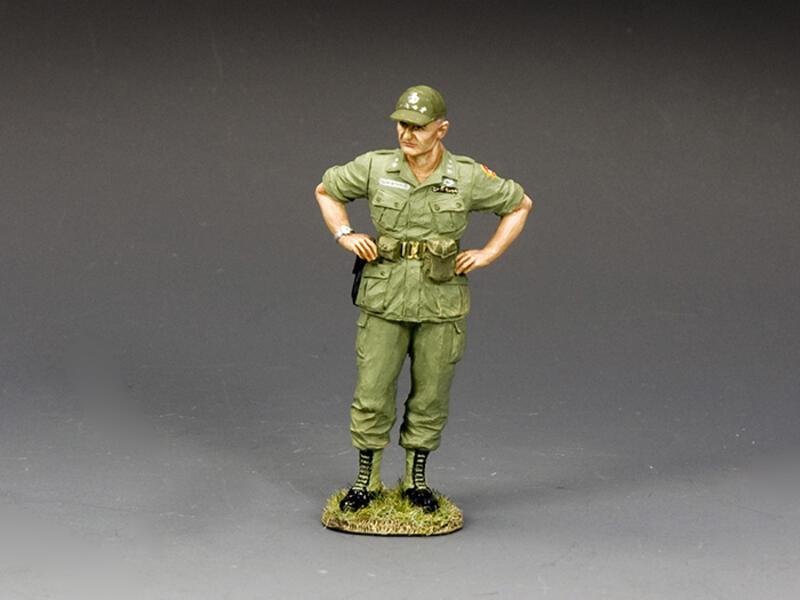 When it comes to blaming what or who ‘lost’ Vietnam it’s often convenient to lay a great deal of the blame on the broad shoulders of just one man:  William C. Westmoreland.  That would be both wrong and unfair…

As commander of all U.S. ground troops in South Vietnam from 1964 until 1968, he pursued a war of attrition against first, the Viet Cong and then, increasingly, the NVA (North Vietnamese Army), attempting to drain them of manpower and supplies.  He made extensive use of the massive American superiority in artillery and air power, both in tactical confrontations and in relentless strategic bombing which allied to a major troop buildup saw U.S Force numbers expand from approx. 25,000 in 1964 to almost 540,000 in 1968!  ‘The Westmoreland Strategy’ was ultimately unsuccessful both politically and militarily because while the VC and the NVA, under their leadership, were more than willing to accept higher casualties the American public and their increasingly embattled Government were not.  General William C. Westmoreland, himself, had, until Vietnam a very successful military career with many awards and promotions along the way.  Physically, tall and striking, he was an imposing figure on the battlefield, in the MACV Headquarters (Military Assistance Command Vietnam) or at the Pentagon in Washington.  Up until the TET Offensive of early 1968, he had the confidence and support of President Lyndon B. Johnson and his Cabinet in Washington.  It was the sudden surprise of the TET Offensive which ultimately shattered Johnson’s confidence in Westmoreland.  Although the Americans and their South Vietnamese allies decimated the communist opposition, they lost the support of the great American public back home--thanks, in part, to the U.S. mainstream media.

This special ‘General Westmoreland’ figure portrays this top-ranking U.S. Army officer on one of his many visits to his troops in the field.  His army jungle fatigues are perfectly starched and pressed… his 4 star rank appearing prominently on his baseball cap and on both shirt collars… his black jump boots perfectly shined and polished…. The very picture of a modern major general… even in the jungles of Vietnam!