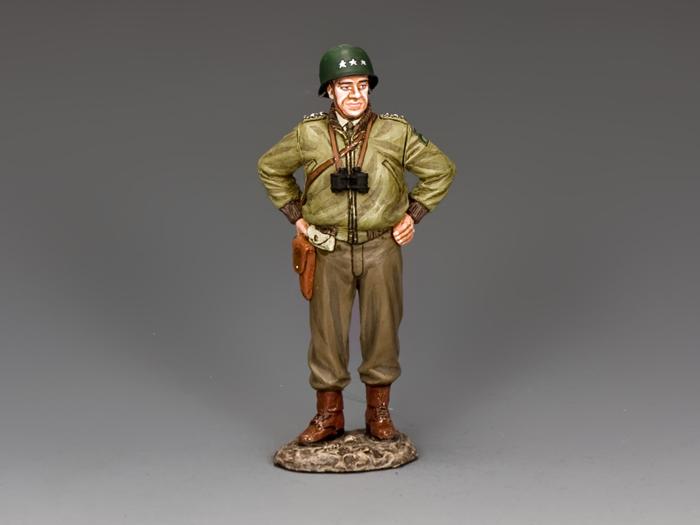 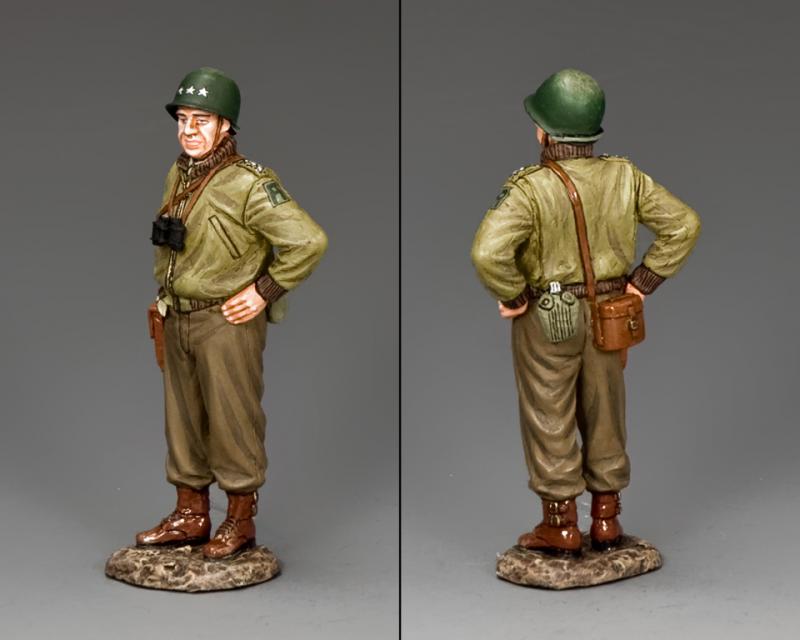 This is the third “Bradley” figure K&C has produced and, I believe, the best one yet! Standing, hands on hips, General Bradley is dressed as he was on the morning of June 6, 1944 at the time of the Invasion of Normandy.  As commander of the U.S. First Army, he won the respect and admiration of his soldiers as well as the nickname, “The GI’s General.”  He had a long and distinguished military career, eventually becoming Chairman of the Joint Chiefs of Staff and General of the Army.  He died in 1981.