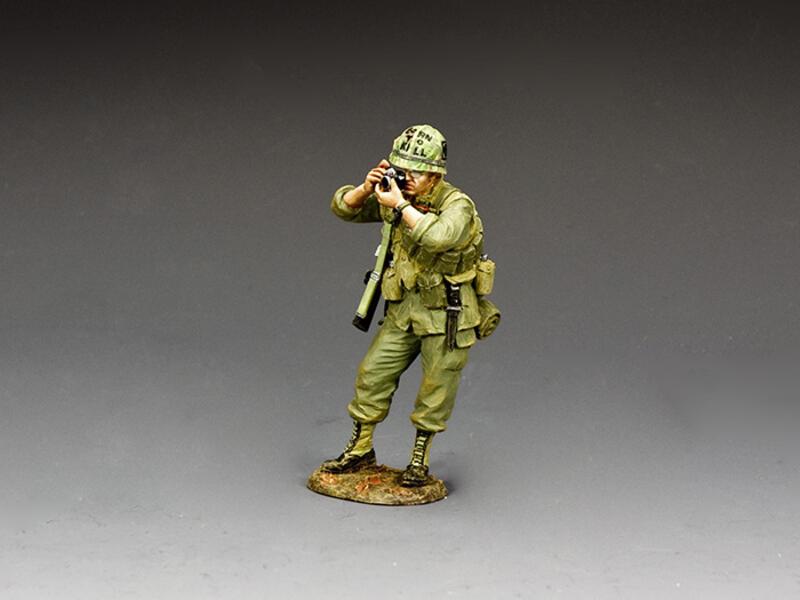 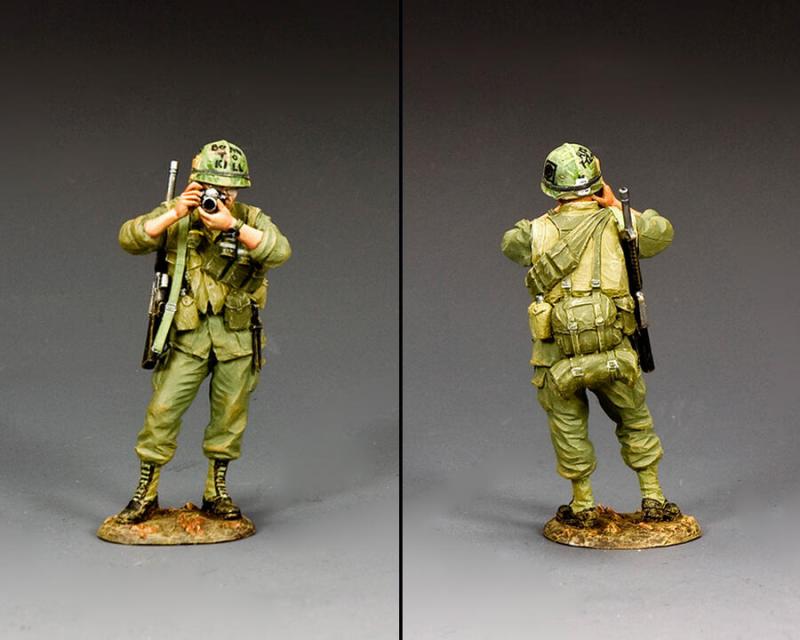 Throughout the entire movie we never get to hear ‘Joker’s’ real name. It was Gunnery Sergeant Hartman in boot camp at Parris Island who ‘christened’ actor Mathew Modine’s young Marine recruit ‘Joker’ after Modine interrupts Hartman’s introductory speech with an impression of John Wayne. From ‘Joker’s’ demeanor you would expect that him to be a college student type and would have got himself some kind of student deferment however here he is in Vietnam, for ‘Stars ‘n’ Stripes’, the U.S. forces newspaper, and finally in the ‘real war’ as opposed to being ‘in the rear with the gear’. Being a ‘REMF’ (Real Echelon M... F...) he has come to the ‘real war’ armed to the teeth with extra grenades (both fragmentation and smoke), a bandolier of additional ammo, a .45 cal. pistol, his knife and of course, an M16 rifle, he’s also brought along his camera to get a few ‘action’ shots... Soon, he’ll get all the ‘action’ he wants and then some!