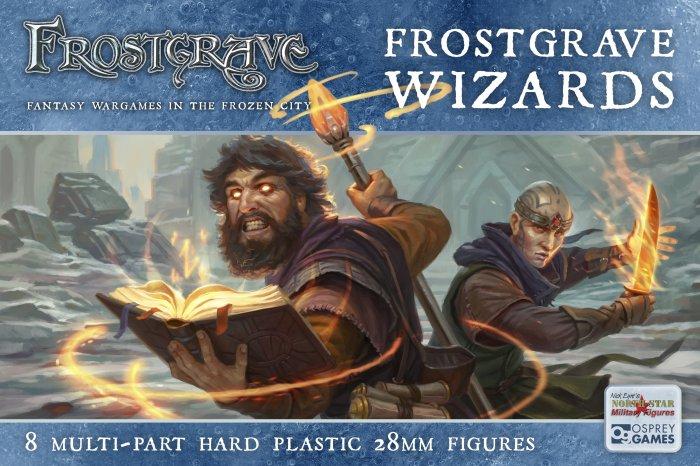 Whether they come in pursuit of forgotten lore, ancient mysteries, or more mundane treasures, wizards and their apprentices flock to the ruins of Felstad like crows to carrion. Something about the ancient city calls to them, and few can resist its lure. For all their spells and power, fewer still survive its perils…

This boxed set offers enough parts to build eight wizards or apprentices for Frostgrave.  It includes a wide range of heads, arms, equipment, and familiars, and is also compatible with the Soldiers, Cultists, and Barbarians boxed sets.