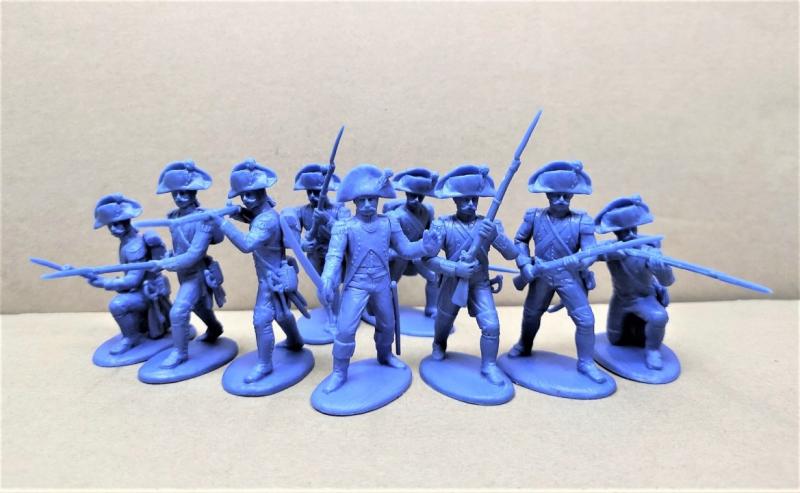 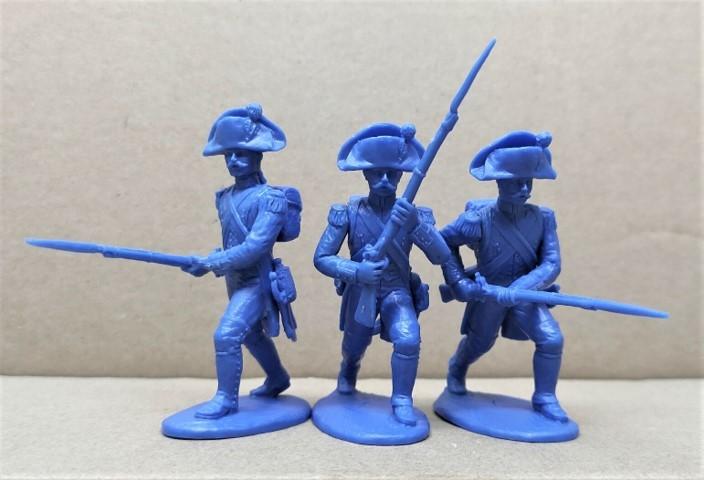 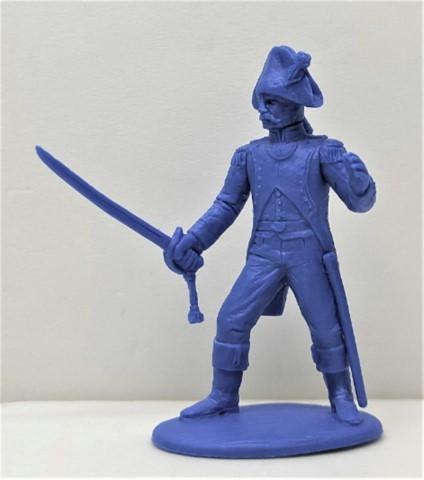 The basic models are the same as that in 54 IPG 01 except for the heads and ammo pouch.

The Grenadiers’ uniforms are based on the national guard uniform regulations of 1791 with the long-tailed coat (habit long) with lapels closed at the chest and split at the lower portion, exposing the waistcoat. They wear knee-breeches protected by gaiters reaching above the knees. This classic late 18th century dress is only replaced in 1812 by the Bardin regulations.

The shape of the bicorne is not strictly regulated. There are broadly two styles:-

1. the more rigid ancien-regime style which we have adopted for these grenadiers