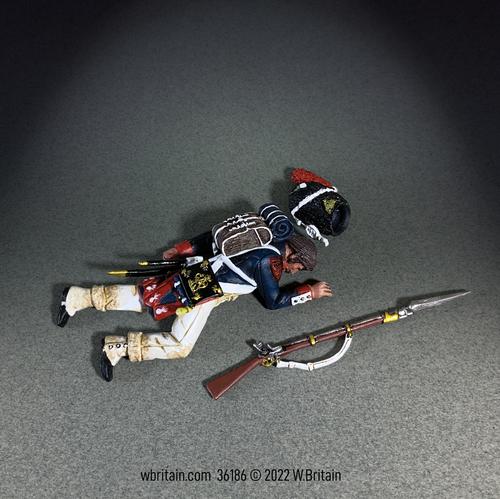 It is generally estimated that between 500,000 and three million French soldiers perished during the Wars of the Empire (1805-15).  The actual totals are lost to history--with the exception of Great Britain, the warring states at the time did not keep accurate records, so calculating losses are a matter of conjecture.  Those killed in action can be more easily determined (though with a large margin of error) but deaths from wounds in the days, weeks, or even months following battle; or deaths from diseases, starvation, exposure, or accident are largely incalculable.  What is known is that France’s population never recovered.  By the middle of the 19th century, France had lost its demographic superiority over Germany, Austria, and the United Kingdom.