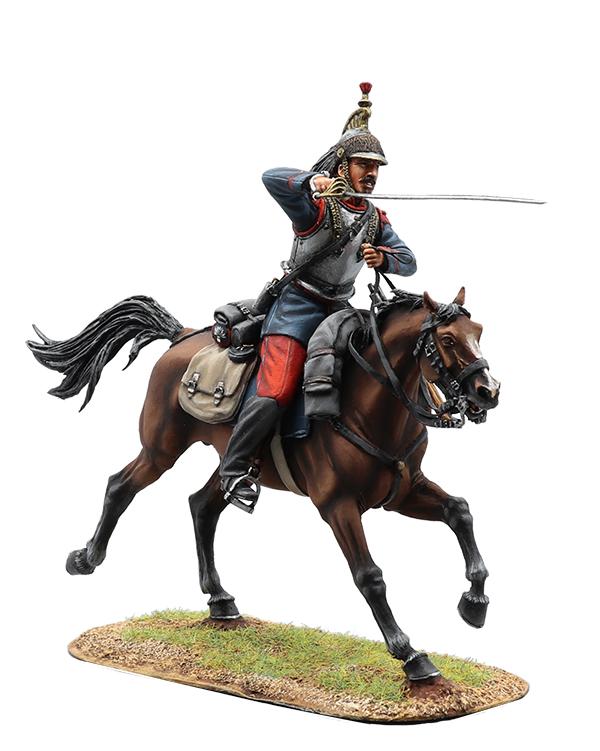 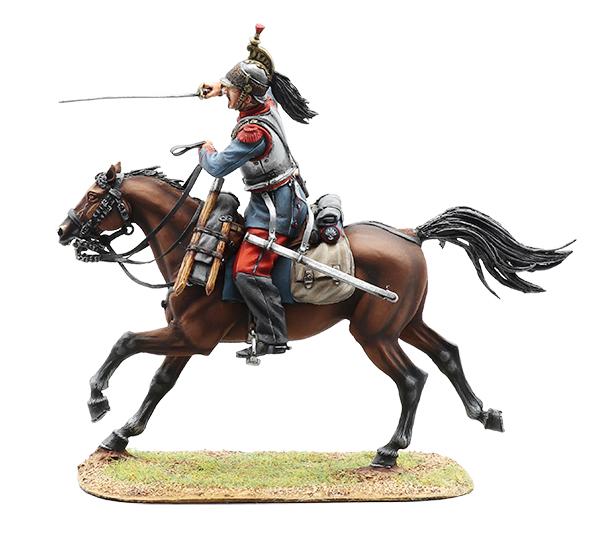 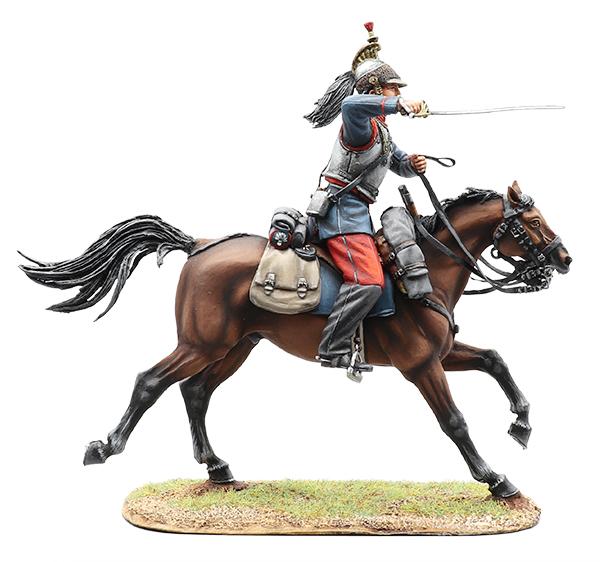 When asked to abolish the famous red trousers of the French army in 1913, just before the outbreak of the First World War, the French War Minister Eugene Etienne famously replied “Non, jamais! Le pantalon rouge c'est la France!”  Even though this statement was made more than 40 years after the war of 1870, the introduction of red trousers to the Cuirassiers regiments was probably the only major change that had been made to this most distinguished arm of the heavy French cavalry over much of the course of the 19th century.  As such, by the time of the outbreak of the war of 1870, the French cuirassiers entered the conflict hopelessly obsolete on the battlefield having changed little in uniform, weaponry, tactics, or doctrine since the days of the First Empire more than 60 years earlier.  This was to have tragic consequences, as the various Cuirassiers regiments executed numerous valiant charges during the conflict only to find themselves hopelessly outgunned and frequently decimated by the Prussian infantry and artillery which they faced.

Our rendition of the French Cuirassiers shows the brave men of the 4th Cuirassiers executing just such a charge, riding on to face the enemy despite the almost certain outcome.