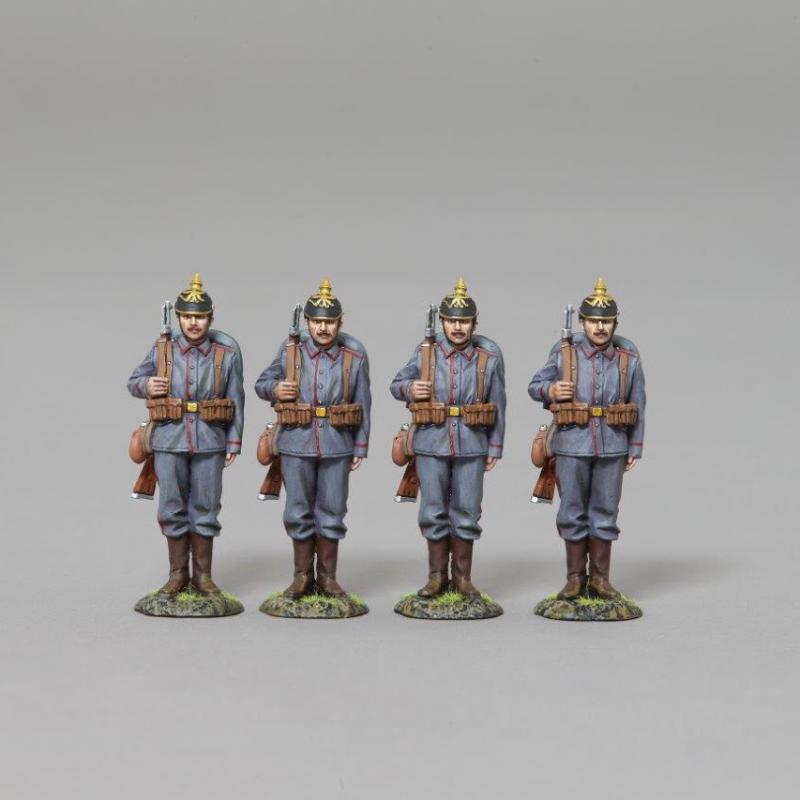 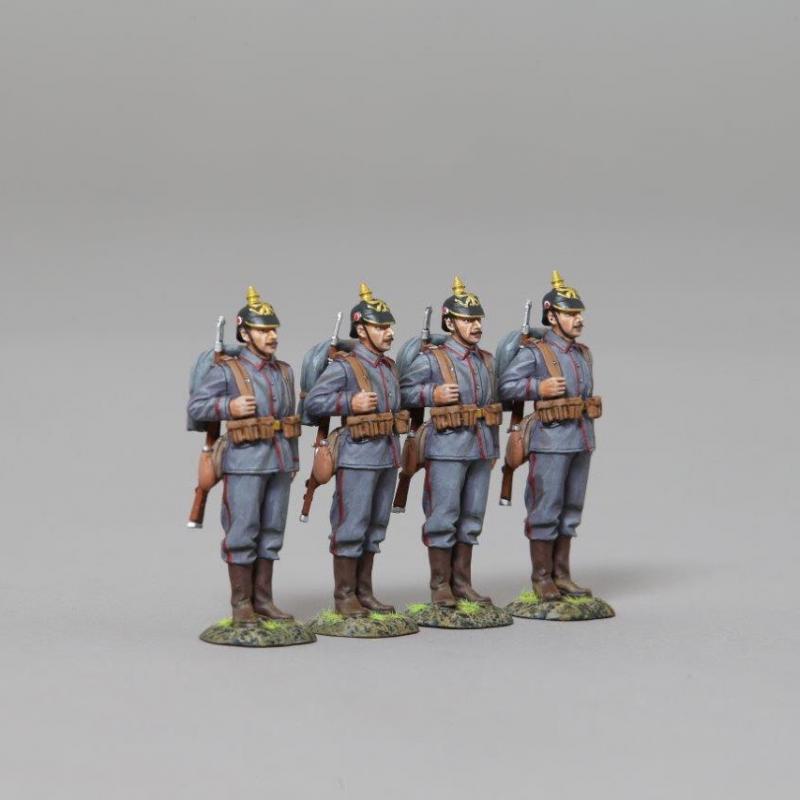 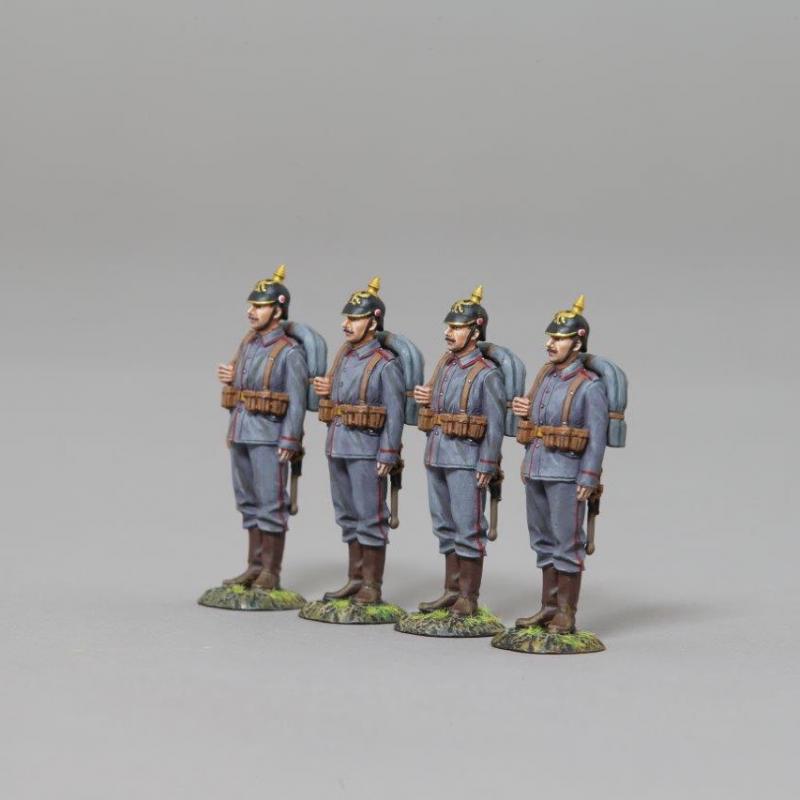 At the beginning of WWI, the German army still adopted a more traditional form of headdress.  The artillery version of the Pickelhaube sported a round ball on the top, as opposed to a spike worn by the infantry.