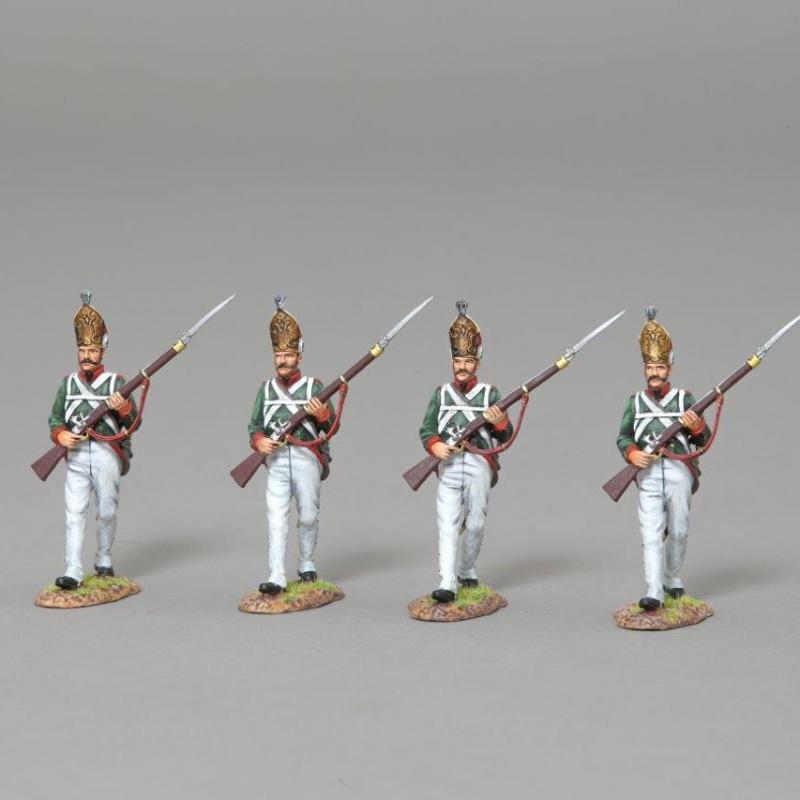 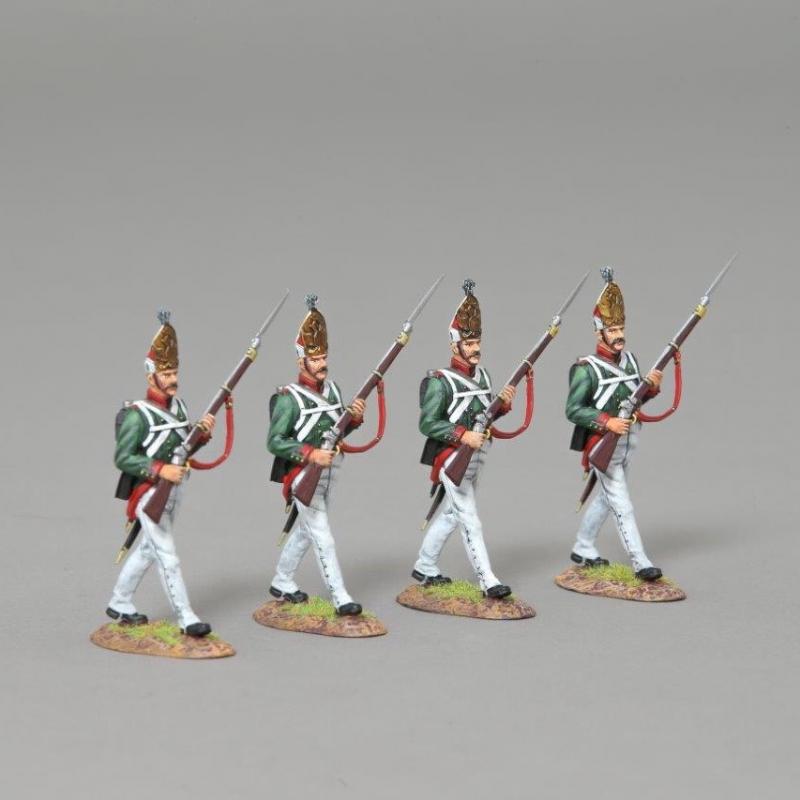 This is a four man set of our Pavlowski Grenadiers advancing into battle with rifles slung across their chests.