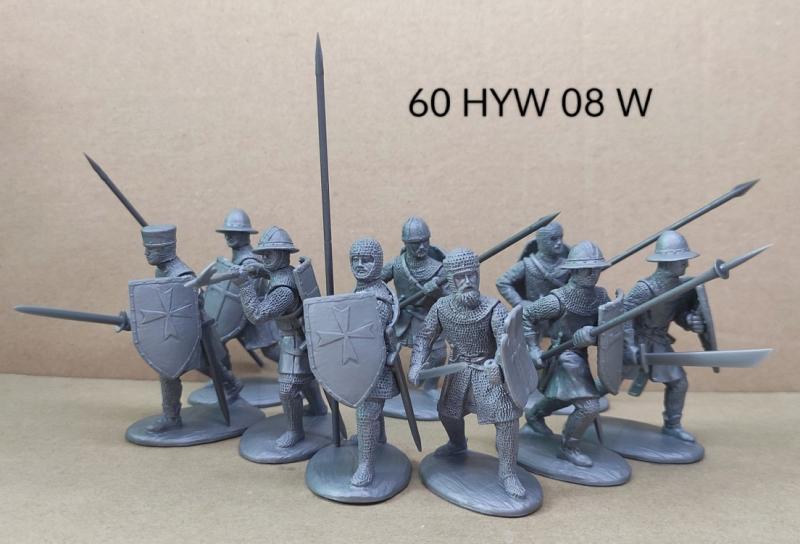 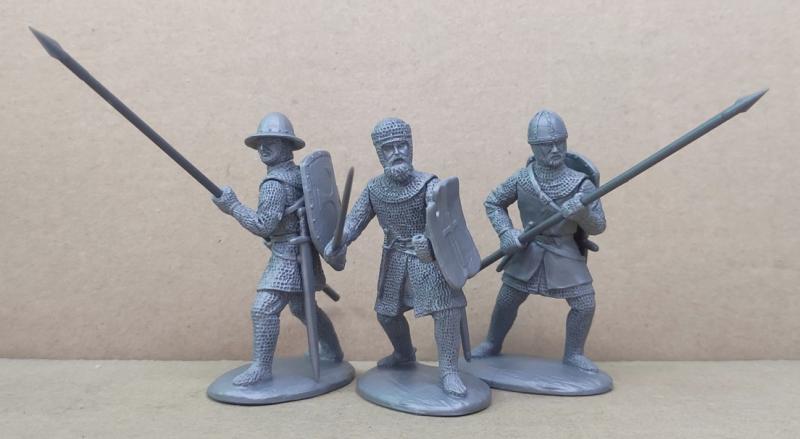 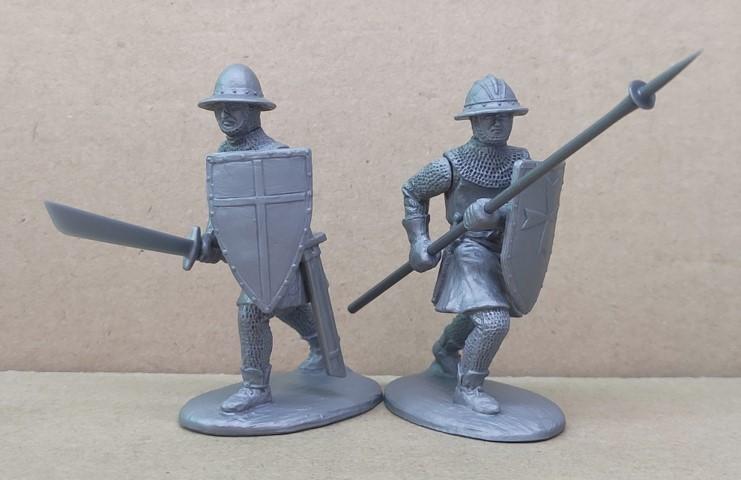 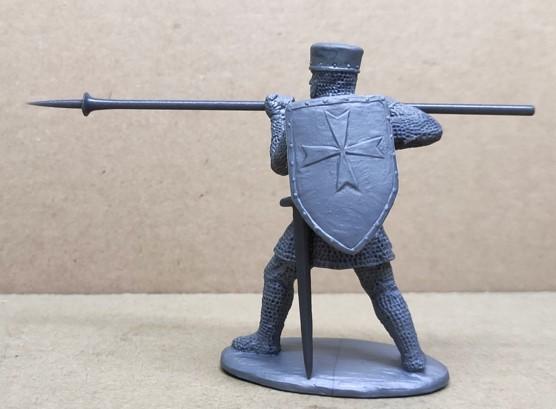 The set contains 9 model soldiers comprising of 1 knight-officer and 8 foot sergeants in two tactical postures; advancing and defending. The heads and arms are interchangeable to enable the assembly of different postures

We have designed this set to be supplementary to our existing HYW sets based on 14th Century battles. By that period, the more affluent warriors would have coat-of plates armour in addition to chainmail for added protection. However, the non-aristocratic sergeants and armati are less affluent and chainmail would be more common among them although these would be more complete with coif, mitten and chauses.Various forms of kettle helms are popular with foot soldiers. The commander, say a centenar (commander of 100 men), would have been a knight and would be on horseback although may dismount to lead his men. Thus, the spurs.The flat-top helmet is popular among English men-at-arms. The Hospitaller Order has a significant presence in England. The Maltese Cross, White on a Red or Black field is part of the Hospitaller Order. We have designed this set with shields bearing insignias of the military orders: Hospitaller, Templar, Teutonic and Common Crusader. They can be mixed or assembled to form banners, small military units, from the military orders.These shields can also be used with our existing sets (HYW series) to assemble forces of the various Orders.