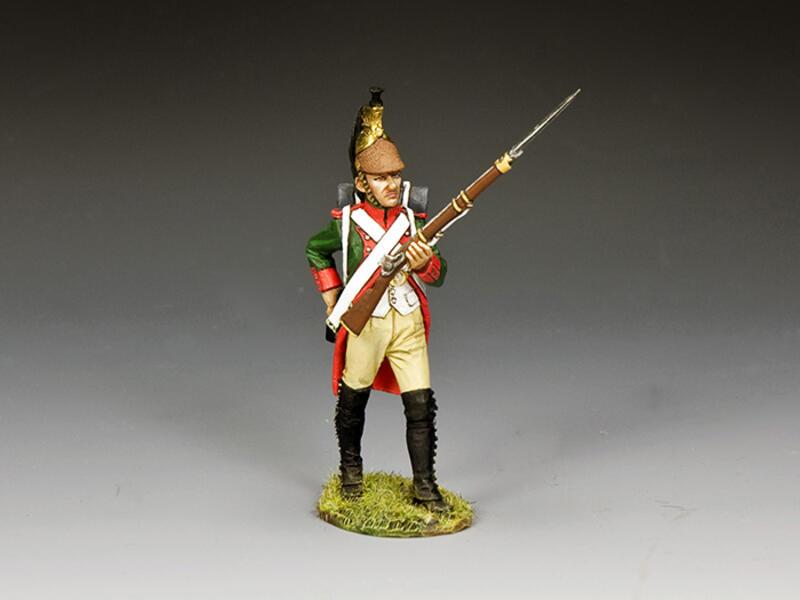 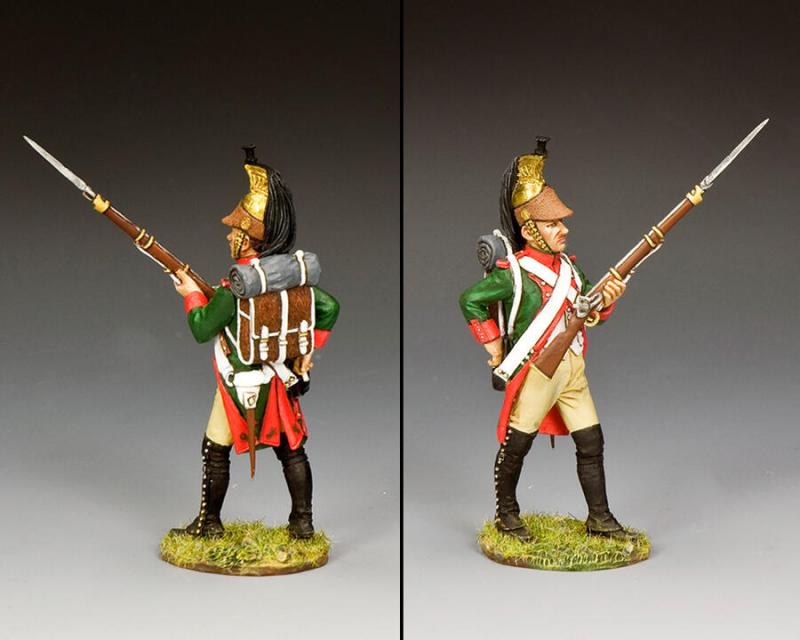 Holding his musket in his left hand as he reaches into his ammunition pouch for a fresh cartridge.