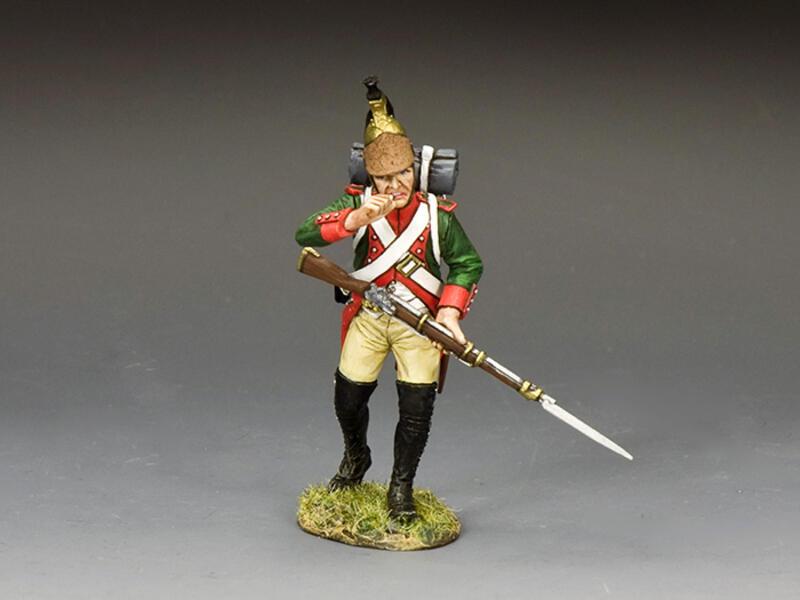 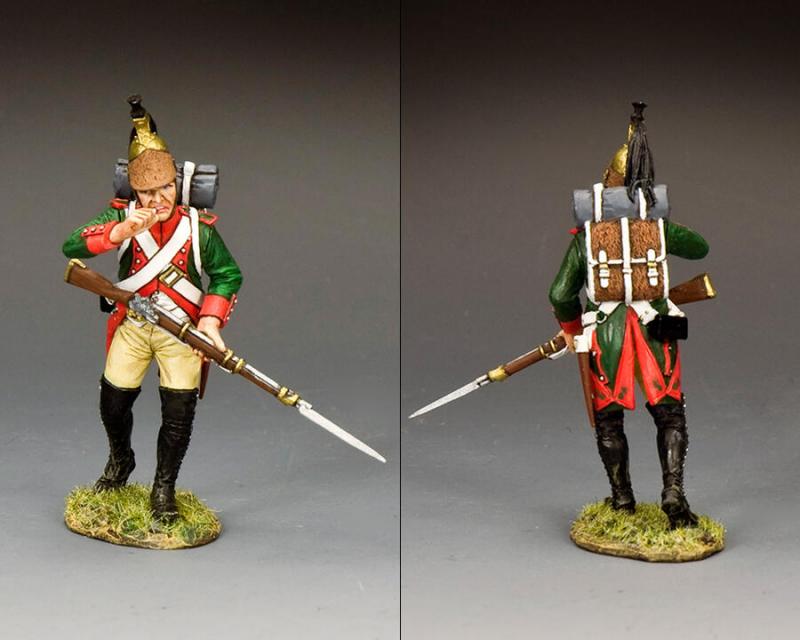 Once a paper cartridge was taken out of the pouch, the soldier had to bite the top off before carefully pouring most of the gun powder down inside the barrel and then inserting the steel ball.  A small amount of powder was retained for the firing pan of the musket while the empty paper cartridge was pushed down the barrel with the ramrod in order to keep the ball in place before firing.  During the Napoleonic Wars, a properly trained group of regular infantry soldiers was able to load and fire four rounds a minute.  Some expert rifle regiments could even load and fire five aimed rounds in a minute.  Foot Dragoons would fall into the former group as regards ‘rate of fire’.