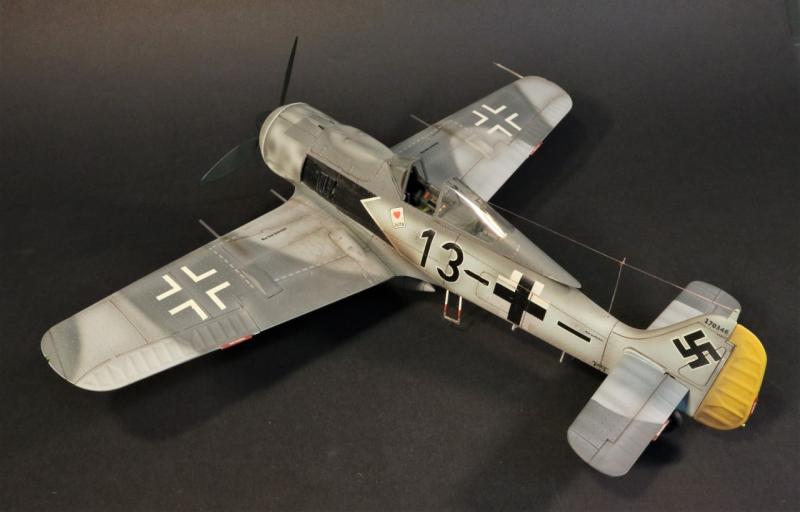 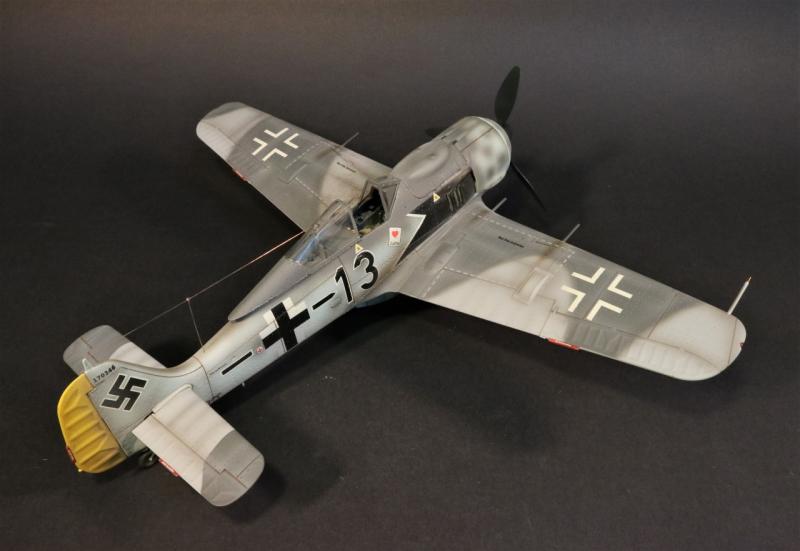 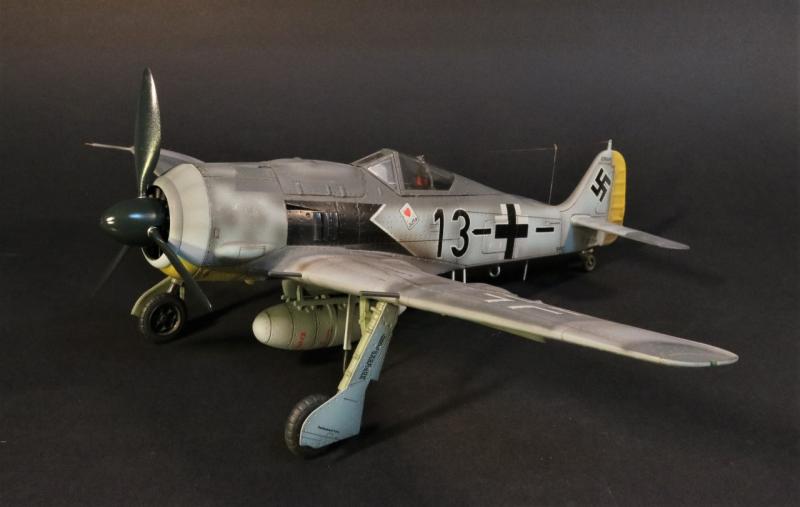 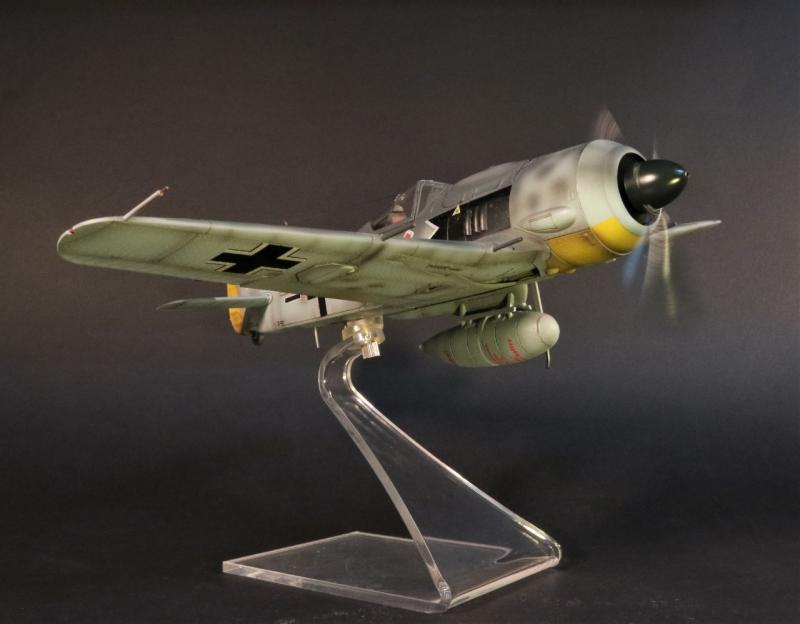 The FOCKE-WULF FW 190 is a German single seat, single engine fighter aircraft which was designed by Kurt Tank at Focke-Wulf in the late 1930’s and widely used during the Second World War.

Along with its well-known counterpart, the Messerschmitt BF 109, the FW190 became the backbone of the Jagdwaffe (fighter Force) of the Luftwaffe.

The FW190 A started flying operationally over France in August 1941 and quickly proved superior in all but turn radius to the Spitfire Mk. V., the main frontline fighter of the Royal Air Force, particularly at low and medium altitude.  The FW190 maintained superiority over allied fighters until the introduction of the improved Spitfire Mk. IX.

In November 1942, the FW190 made its air combat debut on the Eastern Front, finding much success in fighter wings and specialized ground attack units from October 1943.

The FW190 was well liked by its pilots.  Some of the Luftwaffe’s most successful fighter aces claimed many of their kills while flying this plane, including Otto Kittel, Walter Nowotny, and Erich Rudorffer.  The FW190 had greater firepower than the BF-109, and, at low to medium altitude, superior manouverability according to the opinion of German fighter pilots who flew both.  It was regarded as one of the best fighter planes of the Second World War.

Josef “Pips” Priller was a German military aviator and wing commander in the Luftwaffe during WWII.  As a fighter ace, he was credited with 101 enemy aircraft shot down in 307 combat missions.  All of his victories were claimed over the western front, including 11 four-engine bombers and at least 68 Spitfire fighters.

During the allied invasion of Normandy on 6th June 1944, he flew one of the few Luftwaffe missions against the allied beachhead that day, and was made famous by his inclusion in the book, and then the film “The Longest Day”.

On 31st January 1945 he was appointed Inspekteur der Jagdfieger West (Inspector of Fighter Pilots West) and ceased operational flying.  He held this position until the end of the war in May 1945.

Following the war, Priller managed the family brewery business.  He died in 1961.