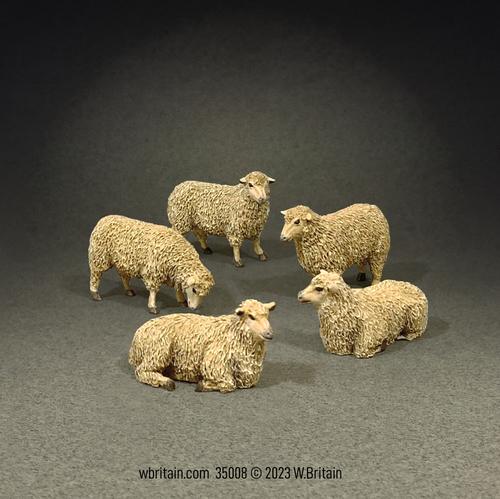 Flocking is a behavior shown by mammals, birds, fish, and even insects.  These groups are formed to better detect attempted predator attacks and protect against them.  For sheep, “flock” refers to a relatively small group.  A larger group may be called a mob or a band.  Herd is a shortened variation, more of a slang version, derived from the word “shepherd,” the individual who keeps the sheep united by “herding” them.  When sheep are raised on an open range, such as a farm or ranch, and are allowed to roam free, they are called bands of sheep.  Typically, a band refers to a group of sheep that is large, 500 or more.