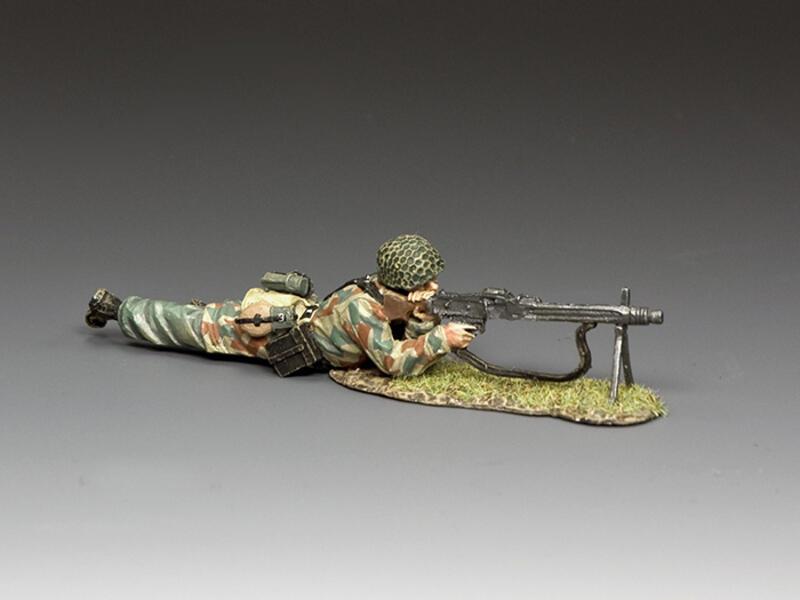 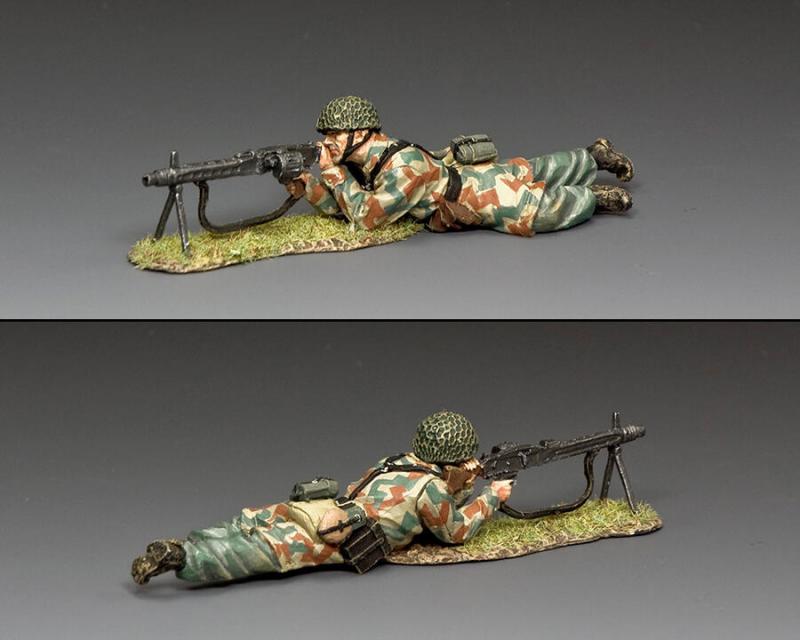 The MG42 machine gun was a superlative belt or magazine fed machine gun used extensively by the Wehrmacht, Waffen SS, and, of course, the Fallschirmjagers during the second half of WWII.  Because of its high rate of fire, it was nicknamed (by Allied troops) “Hitler’s Buzzsaw”.  Ammunition (7.92 x 57 Mauser) was supplied by either 50 round metal drum magazine or 250 belted rounds carried by the gunner himself and his ‘Number 2’.

Our FJ gunner is operating the weapon in the prone position and taking aim on the advancing enemy infantry.