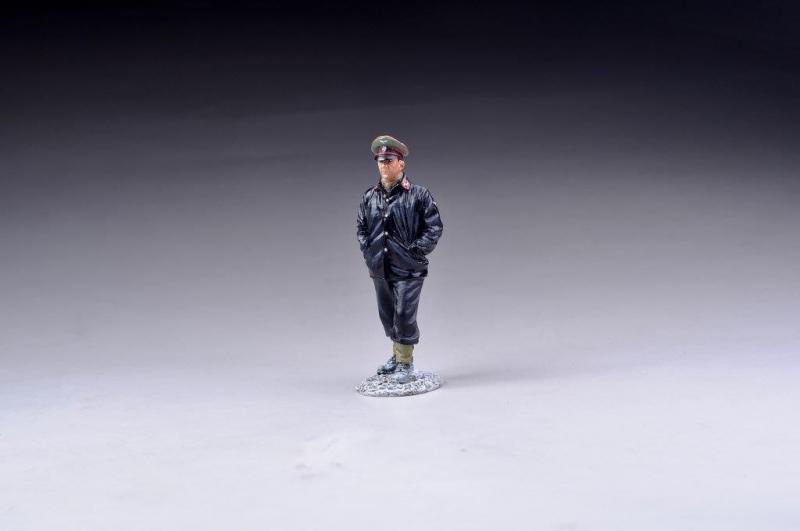 Ernst Barkmann, Knights Cross recipient, was a legendary SS tank commander with numerous tank kills to his name on both the Eastern and Western fronts.  He fought in just about every major engagement, including Kursk, Normandy and in the Ardennes.  Barkmann survived the war and was taken into captivity by the British, he settled in Kisdorf after his release and became the fire chief as well as the town Mayor!  He died aged 89 in 2009.
Barkmann is posed in a more relaxed stance in leather jacket with hands in pocket, possibly discussing the liquid lunch Karl Korner has on offer, which is incidentally our Club 19 figure!