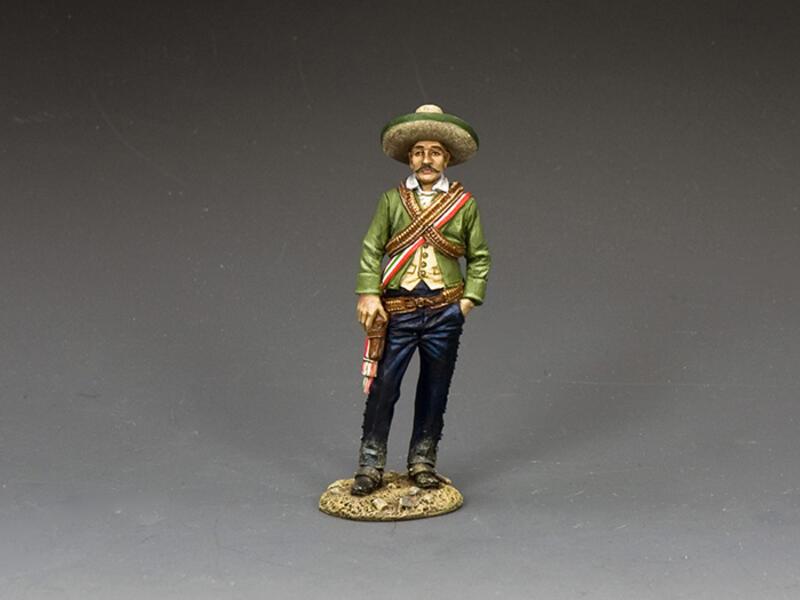 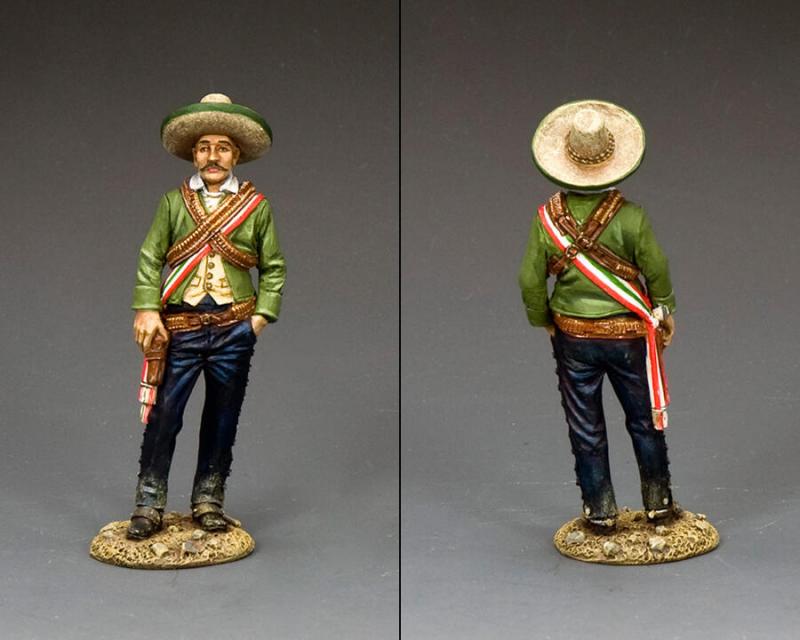 As part of our ‘Cattle Drive’ range, we have released a number of Mexican figures which have proved to be very popular and so, continuing our historical travels ‘South of The Border’, here are two handsome looking additions…

One of the most colourful and memorable Leaders of just one of Mexico’s many revolutions stands proudly wearing a shoulder sash in the national colours under his own ammunition bandoleers.  He was to be killed in an ambush aged just 39 in 1919.