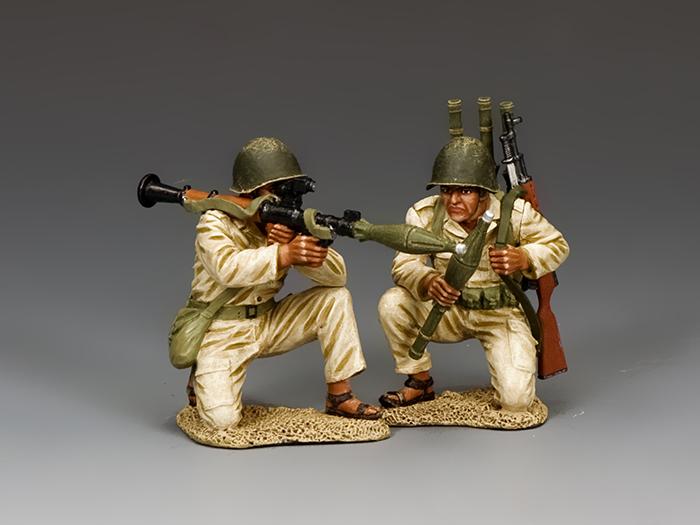 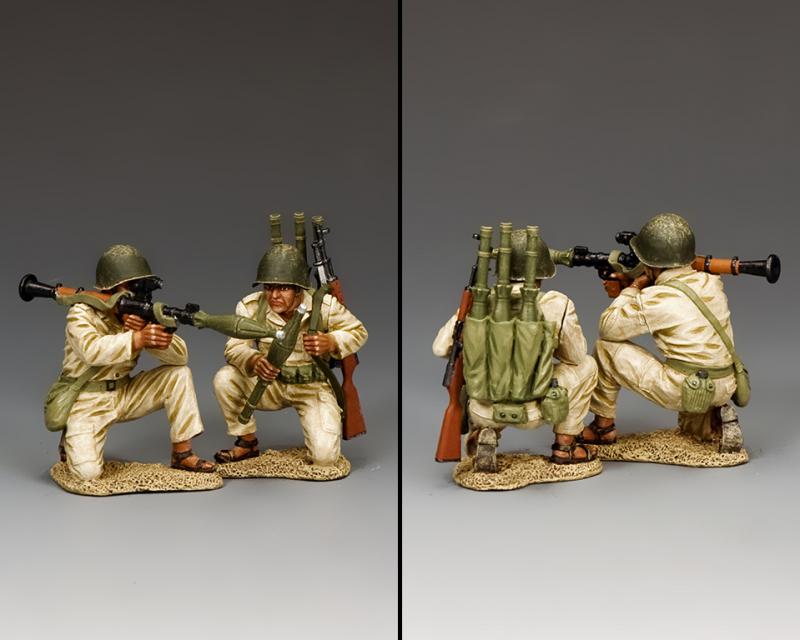 The RPG-7 is a man-portable, reusable, shoulder-launched, anti-tank rocket-propelled grenade launcher.  Its ruggedness, simplicity, low cost, and effectiveness made it a perfect weapon for Third World militaries and insurgents.  In use since the early 1960’s, it was widely deployed during the SIX-DAY WAR by the Arab armies . . . with mixed results.  Usually operated by a two-man team with one soldier carrying and operating the launcher itself while the other carries extra rockets and a rifle.  Our set shows the team in action.