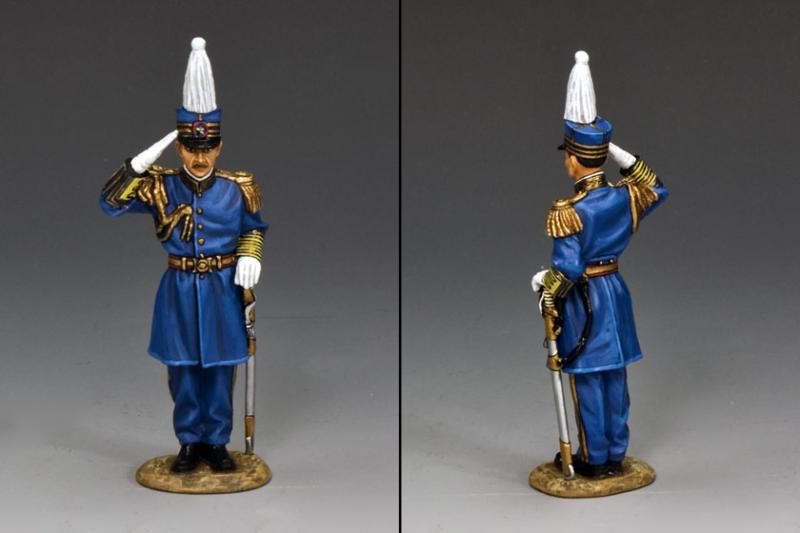 Our first K&C “Heroes of China” figure - Dr. Sun (1866-1925) was the first president and founding father of the Republic of China.  He played a vital role in the overthrow of the decadent and corrupt Qing Dynasty.  Dr Sun Yat-Sen was a uniting figure in the turbulent, post imperial China and remains a greatly revered leader to both sides of the Taiwan Straits.  Here he is in the dress uniform of a General of the Army in the new Republic.