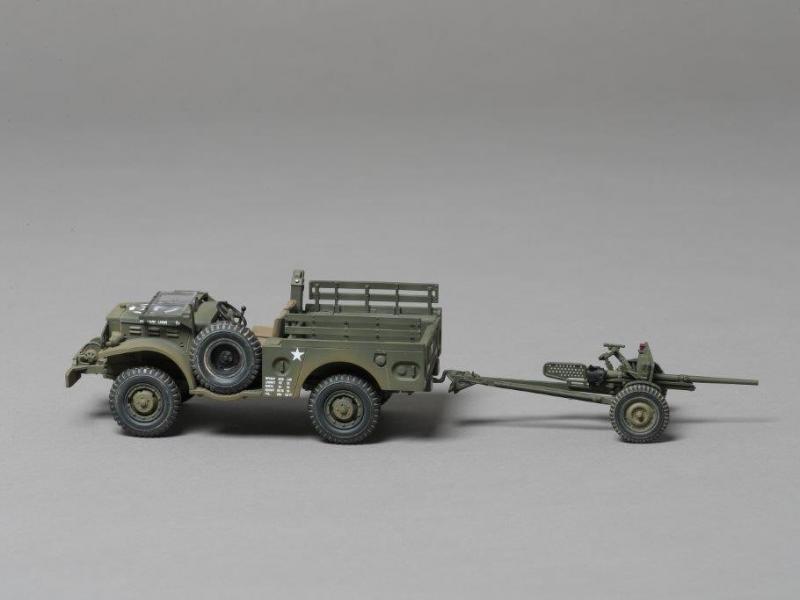 Throughout the war Dodge was the sold provider of 3/4 ton vehicles to the US army with over 255,000 being produced in all marks.  This ubiquitous vehicle saw service on all fronts and also saw service with the British, Free French, and the Soviet army during WWII.  Post WWII, it saw worldwide service with a multitude of armed forces.

The wheels rotate and the steering wheel is removable in order that a driver figure can be inserted, this is one of the many options planned for later on in the year.
This vehicle makes a great accessory pack and can be used in a variety of dioramas including airfields or on a battlefield