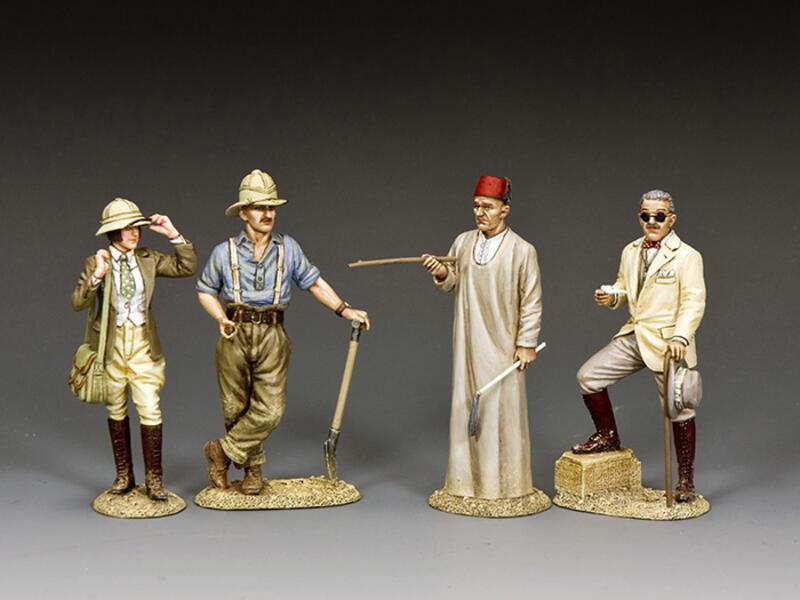 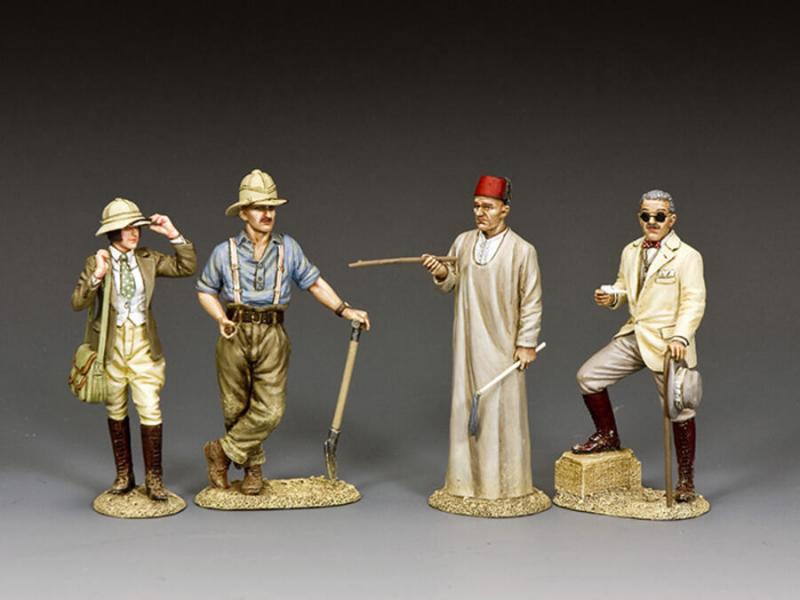 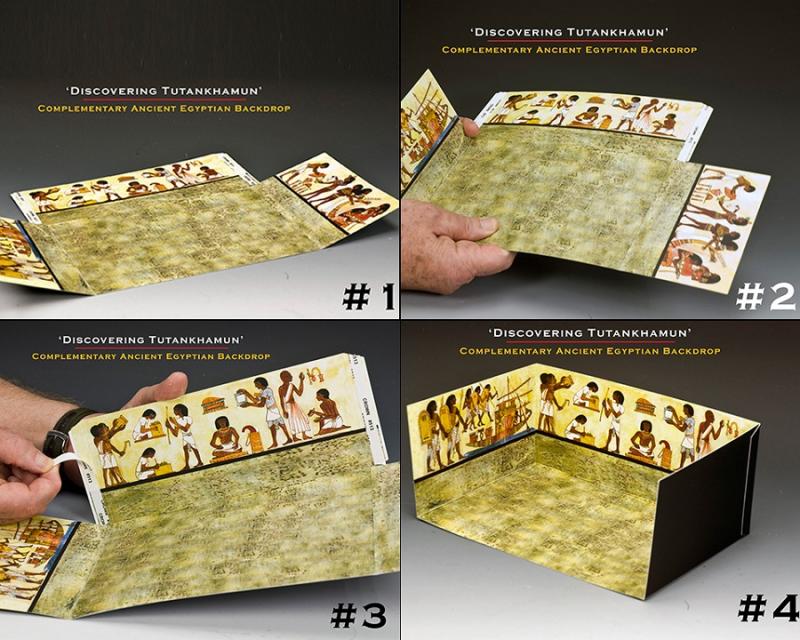 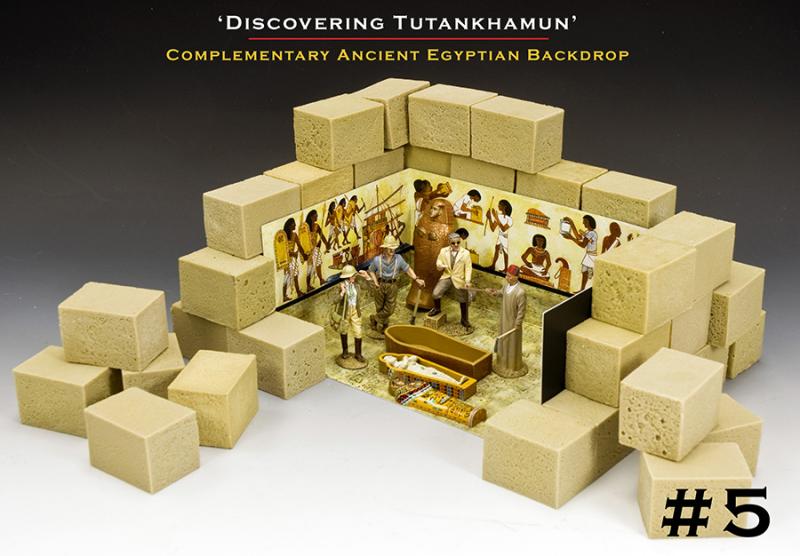 This unique little set of four figures depicts four of the people very much associated with the discovery of the boy pharaoh’s tomb.

Howard Carter (1874-1939) became world-famous after discovering the virtually intact tomb of 18th Dynasty Pharaoh Tutankhamun.  Carter had been exploring several areas in Egypt seeking the tombs and other burial sites of Ancient Egypt’s nobles and high court officials before beginning work at the behest of his patron, Lord Carnarvon, in the Valley of the Kings in 1914 to search for the tomb of Tutankhamun.  The outbreak of World War One in that same year brought work to a temporary halt while Carter undertook other duties on behalf of the British Government.

In late 1917, he was allowed to return to his excavations.  It was, however, to take five long years until his efforts began to yield results.  Throughout this time, his work was sponsored by his patron, Lord Carnarvon (1866-1923).

George Edward Stanhope Molyneux Herbert, 5th Earl of Carnarvon was an English Lord and wealthy aristocrat with a passion for all things ‘Ancient Egyptian’.  After his doctors advised that he ‘winter’ outside England, he sailed for Egypt to enjoy the warm weather and become an enthusiastic amateur Egyptologist collecting all kinds of Egyptian antiques and relics.  It was in Cairo that he first met Howard Carter who convinced the wealthy peer to fund his search for the elusive tomb.  After many years and much expense, the noble Lord was just about ready to withdraw his financial support when Carter telegraphed the exciting news of his biggest discovery yet...

Lord Carnarvon meanwhile had been visiting Monte Carlo and rushed by boat to Alexandria and then by train to Cairo to see for himself exactly what Carter had uncovered.  Travelling with him was his daughter, Lady Evelyn Herbert (1901-1980).  Rushing with her father to the site of the newly-discovered tomb, Lady Evelyn was only the third person in modern times to enter the burial chamber of Tutankhamun after Carter and Carnarvon.  Fifty years after the great event, Lady Evelyn attended the opening of the ‘Treasures of Tutankhamun’ exhibition at the British Museum in London where she was presented to the Queen.

This particular set will be joined with other figures closely associated with the search for the tomb in the coming months.

To enhance the display of any our Ancient Egypt series, especially these two ‘Tutankhamun’ sets, King & Country has produced a unique and useful, full-colour ‘backdrop’ accessory piece… FREE-OF-CHARGE!  Depicting scenes from life in the time of the Pharohs, the full colour card can be folded neatly into a rectangular, open box-shape that represents a typical burial chamber of that era.  Any of our Ancient Egyptian figures, but especially the two sets depicting the discovery of Tutankhamun’s tomb, will work in this attractive setting.  Adding some of our sturdy Egyptian Stone Blocks AE078 makes the scene even better!  So, remember each of these two ‘Tutankhamun’ sets will be accompanied by one of these special ‘Tomb Backdrops’… with our compliments!