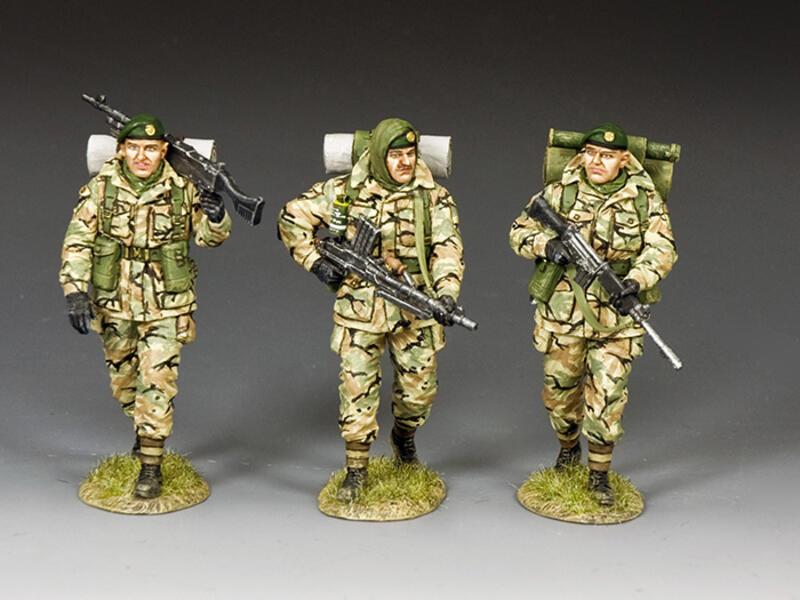 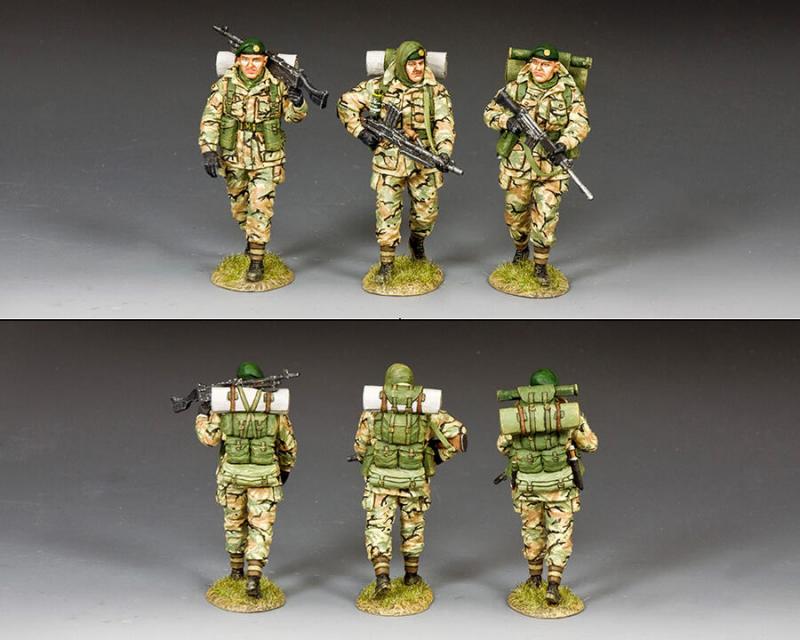 As many regular readers of ‘DISPATCHES’ know, one of the most recent conflicts of the 20th Century I am most interested in is The Falklands War of 1982.  Although lasting just 10 weeks it was a unique chapter in Britain’s long history and had a lasting influence that can still be felt today almost exactly 40 years after the war ended with a resounding British victory.  One of the most important factors that resulted in that victory was the quality and sheer professionalism of the forces that went ‘down south’… Marines, Paras, Guardsmen, and Gurkhas backed up and supported by other regular British army soldiers, sailors, and airmen who had years and, sometimes, decades of experience and military knowledge that came into play when the going got tough and the odds were against us.

Nowhere was that kind of guts, grit, and battlefield endurance shown better than when the British Marines and Paras ‘yomped’ and ‘tabbed’ their way on foot, in appalling weather, fighting a series of battles on their way to Port Stanley, the Falkland Islands capital.

Following the introductory ‘Falklands’ release of ‘The Yomper’ last December, we are pleased and proud to announce this follow-up set…

A great little set of THREE additional ‘Bootnecks’ (R.M. slang for Royal Marines) yomping their way across East Falklands on their way towards Stanley.  Each Marine carried over 80 pounds of equipment and supplies as well as their personal weapons and extra ammunition.  Originally, the Marines and Paras had expected to be transported forward by helicopters, but after the ‘Atlantic Conveyor’, which carried these aircraft was sunk, the troops had to march across the island carrying everything on their backs.