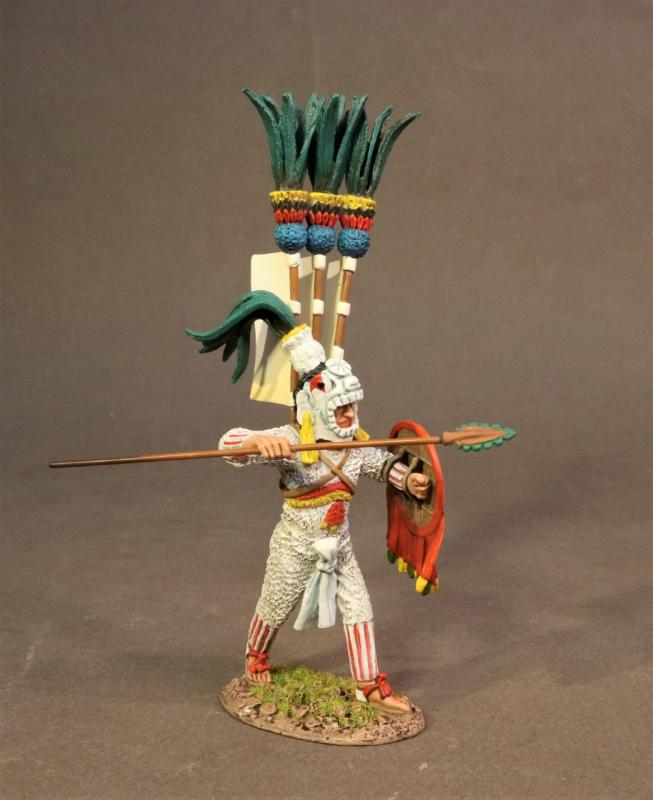 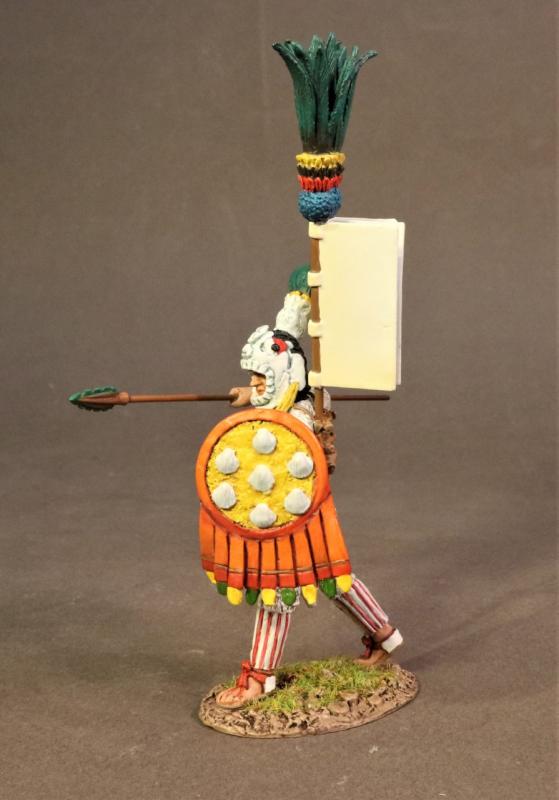 “Demon of the Dark”, Aztec Tlacochcalcatl, The Aztec Empire, The Conqest of America

The TZITZIMITL or “Demon of the Dark” War-suit, was worn only by rulers and senior chieftains.  It is also depicted in yellow and blue versions.

The Tlacochcalcatl or Captain of the Armoury wore this white tlahuiztli surmounted by a skull helmet with a black wig.  The outfit represented the Tzitzimitl, a mythical demon who brought death and destruction to mankind.