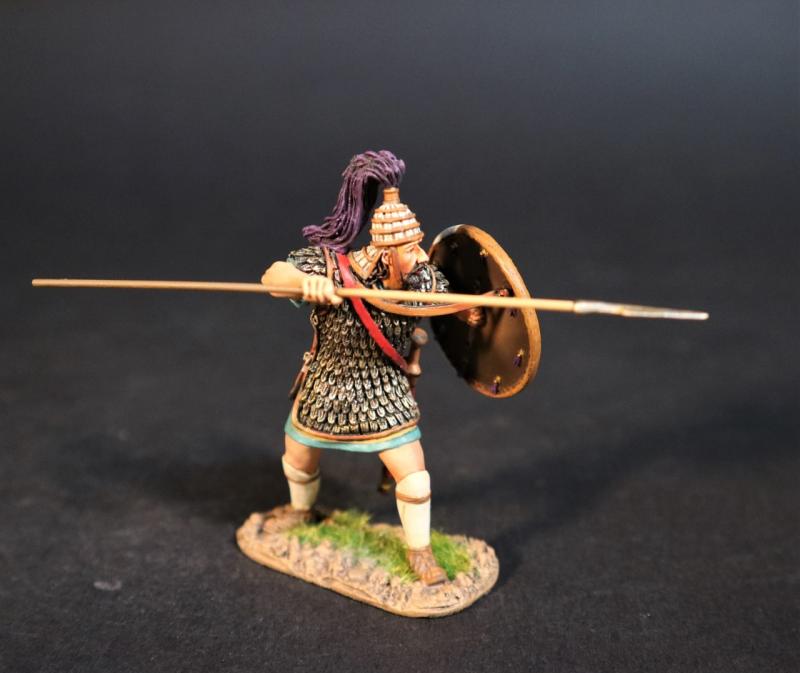 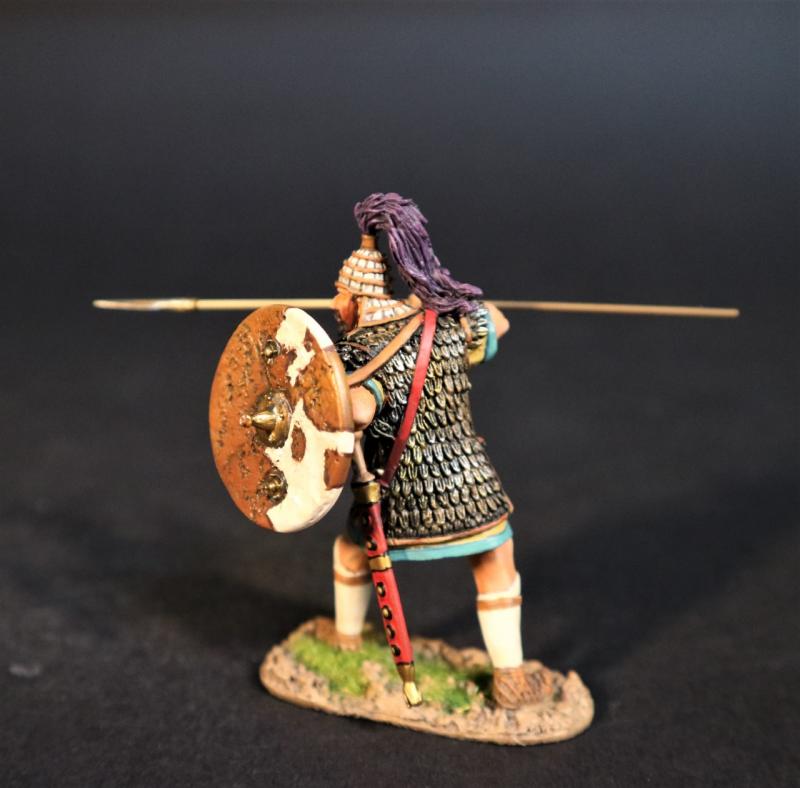 Deiphobus, Prince of Troy, Troy and Her Allies, The Trojan War--single figure with spear and shield
$56.00

Deiphobus, Prince of Troy, Troy and Her Allies, The Trojan War

The Trojans, too had their semi-divine heroes and these included Hector (son of Priam), Aeneas, Sarpedon, and Glaucus, just to name a few.  They also had help from the gods, receiving assistance during the battle from Apollo, Aphrodite, Ares and Leto.

In Greek Mythology, Deiphobus was a son of Priam and Hecuba.  He was a prince of Troy, and the greatest of Priam’s sons after Hector and paris.

Deiphobus is known to have killed four men of fame in the Trojan War.

According to the Iliad, Deiphobus along with his brother Helenus, led a group of soldiers at the siege of the newly constructed Greek wall and killed many, and wounded the hero Meriones.

As Hector was fleeing Achilles, Athena took the shape of Deiphobus and goaded Hector to make a stand and fight.  Hector thinking it was his brother, listened and threw his spear at Achilles.  When the spear missed, Hector turned around to ask his brother for another spear, but “Deiphobus” had vanished.  It was then Hector knew the gods had deceived and forsaken him, and he met his fate at the hand of Achilles.

After the death of Paris, Deiphobus was given Helen of Troy as a bride for his deeds in the war, defeating the bid of his brother, Helenus.

During the sack of Troy, Deiphobus was slain by either Odysseus or Menelaus, and his body was mutilated.