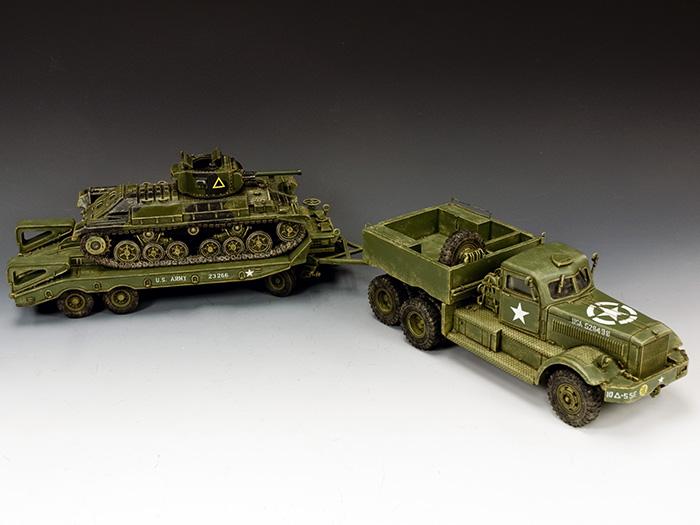 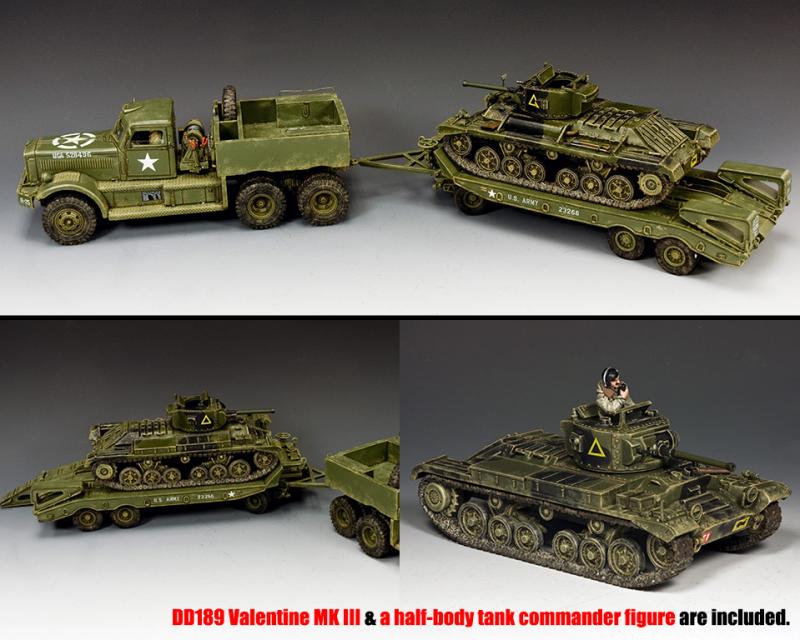 The M19 Tank Transporter was a heavy tank transporter system used during WWII and for many years afterwards.  It comprised a 12-ton, 6x4 M20 Diamond T Model 980 truck/tractor and a companion 12-wheel M9 trailer. Almost 6,000 of these combinations were produced between 1941 and 1945 and supplied to all Allied armies fighting in all the main theatres of war. The British Army alone received over 1,000 of these vehicles and they remained in front-line service until the late 1950’s with the last of the breed being retired to an army museum in 1971!