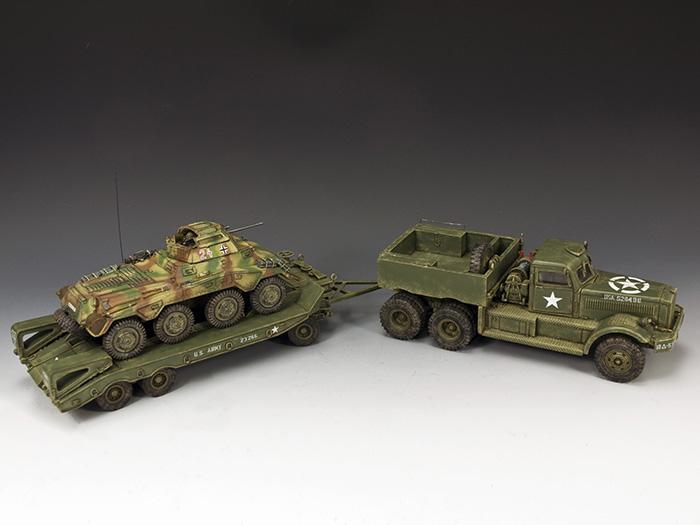 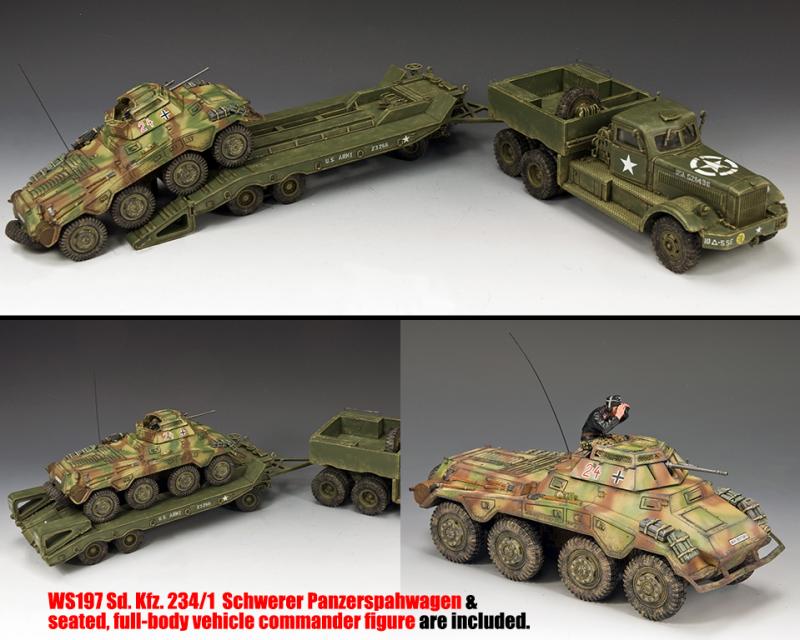 This King & Country model is the largest, mixed-media (polystone, white metal and resin) model K&C has ever produced. It measures almost 24” (61cm) in length and is in the markings of a typical U.S. Army vehicle from the time of Normandy (June ’44) until May 1945.  A driver is included.  The model comes in its own specially-designed box and contains a 4 page, full colour leaflet complete with photographs and background information. If you collect Allied armour then the Diamond T Tank Transporter is destined to become one of the centerpieces of your collection.