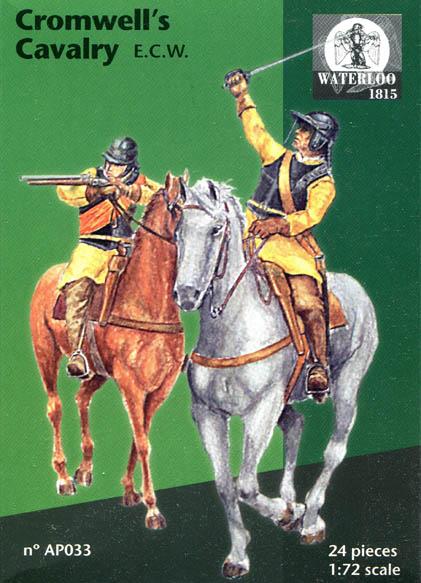 When civil war broke out in England, in 1642 Oliver Cromwell (1599-1658), an unremarkable member of Parliament with virtually no military experience, dutifully raised a troop of cavalry for the campaign against the King.  It quickly became apparent that he was a natural leader, creating a well organised and well-disciplined unit that soon made a name for itself, and he rapidly rose through the ranks such that, by the time of the battle of Marston Moor in July 1644, he was a Lieutenant General of horse, and Parliament’s cavalry, which had initially been a poor second to that of the King, was becoming a professional and formidable force.  With the establishment of the professional army known to history as the New Model Army in 1645, Cromwell was the commander of the cavalry and the second in command of the whole army.  He would go on to become Lord Protector of England--the only time that England has ever been a republic--and his life and legacy are still fiercely debated today, but his abilities as a commander of cavalry are beyond doubt.

At the start of the Civil War, there were basically three types of horsemen:  heavily armoured cuirassiers, lighter harquebusiers, and dragoons.  Cuirassiers were expensive and so hard to raise and maintain, so relatively few fought in the Civil War, and dragoons at this stage were still mounted infantry who fought on foot, so the great majority of the cavalry were harquebusiers, as modelled in this set.  Indeed, the image of these 'Ironsides' has become one of the most recognised soldiers of the Civil War.