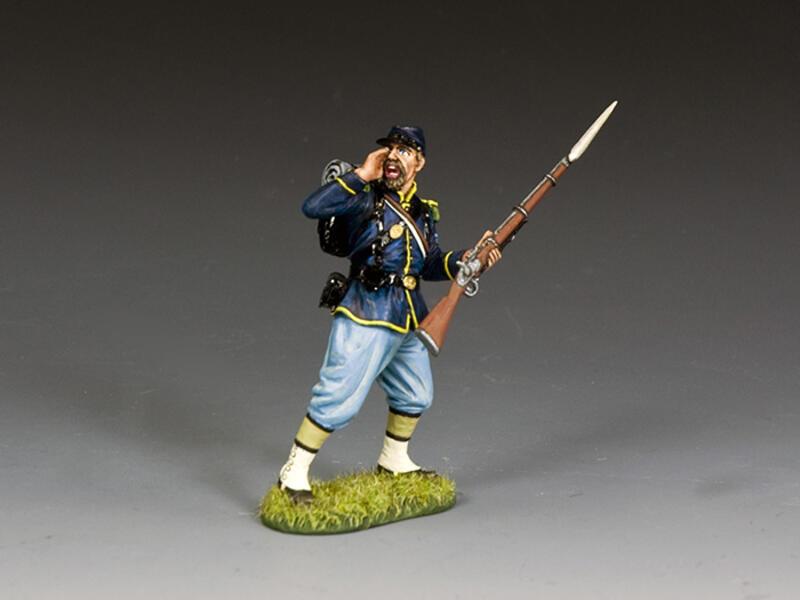 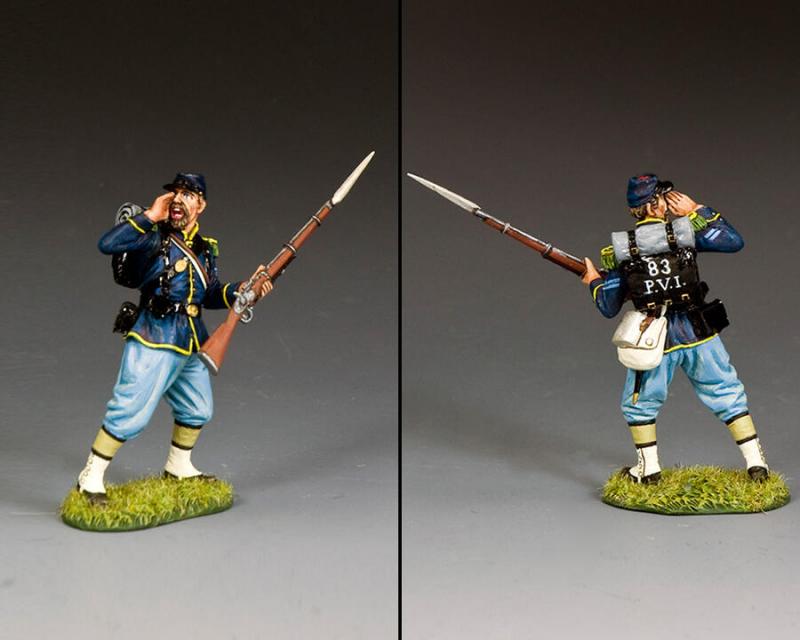 As he moves forward, this non commissioned officer shouts back to the soldiers following him.