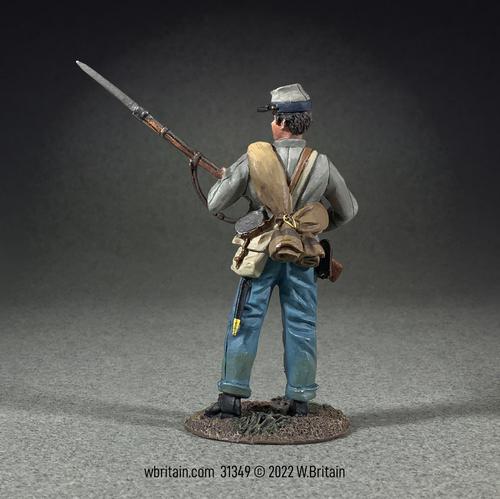 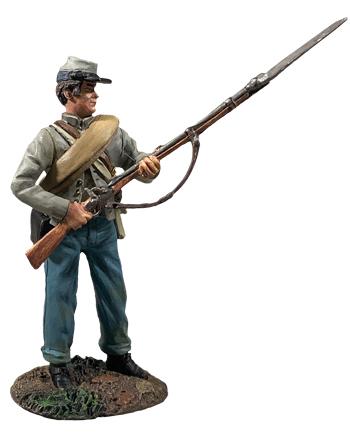 This soldier is wearing the classic short jacket of the Army of Northern Virginia which appeared from the fall of 1862 and was used until the end of the war.  These uniforms used much less fabric than the stylish full length frock coats typical of the period.  These garments were referred to as both “shell jackets” or “depot jackets” and almost universally made from wool or a wool and cotton blend which was known as “jean.”  Even though clothing historians agree there were many variations in the construction of these jackets during the war, the most noticeable differences were in trim, the number of buttons, or the use of epaulettes.