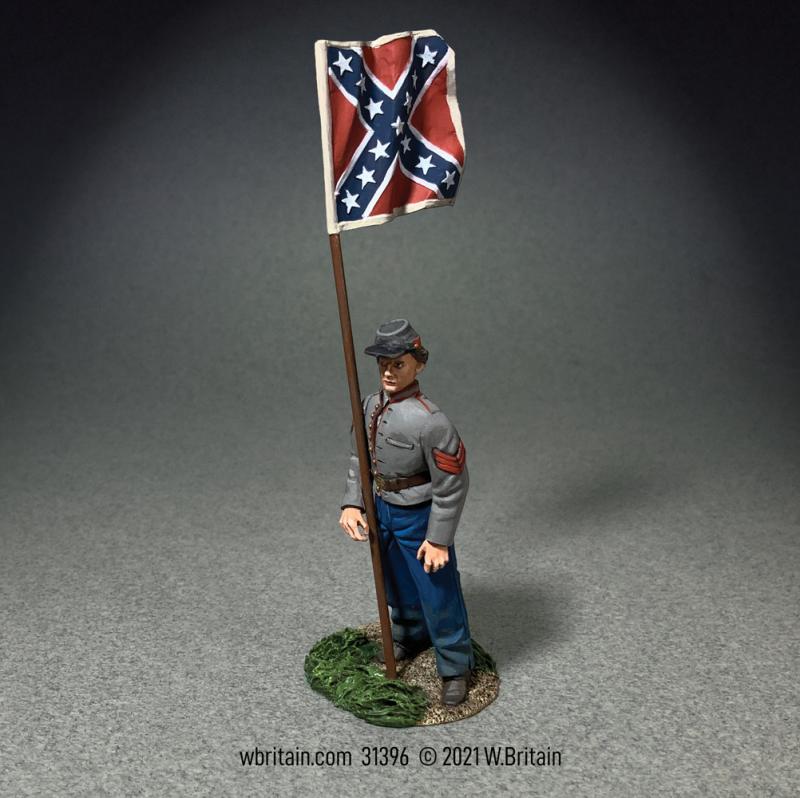 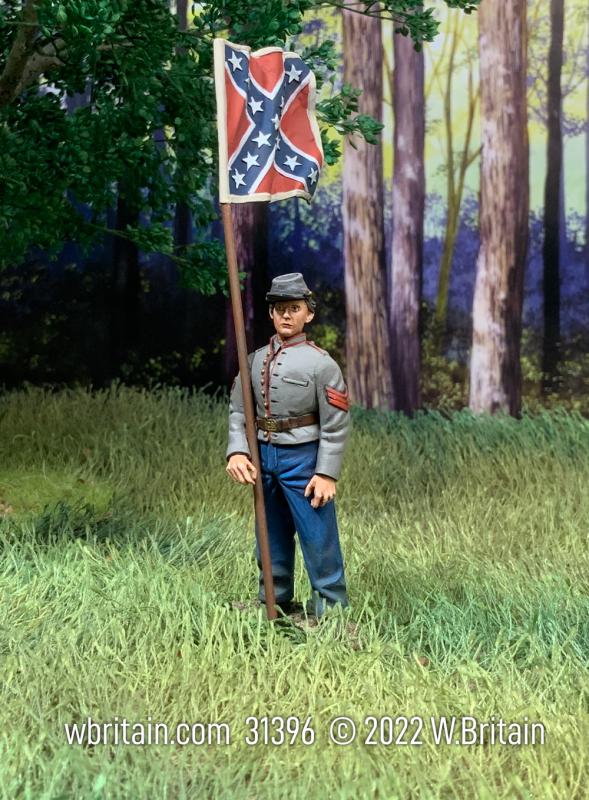 Guidon is the name given to a small flag or pennant carried as a standard by artillery units during the Civil War. The guidon typically signified unit designation and corps affiliation. The unit of organization for the field artillery was the battery or battalion. The South was at a relative disadvantage to the North for deployment of artillery. The North had far greater capacity for manufacturing weapons and the Union blockade of southern ports prevented many foreign arms from reaching the South. The Confederacy had to rely significantly on captured Union artillery pieces and it is estimated that two-thirds of all Confederate field artillery was captured from the Union.