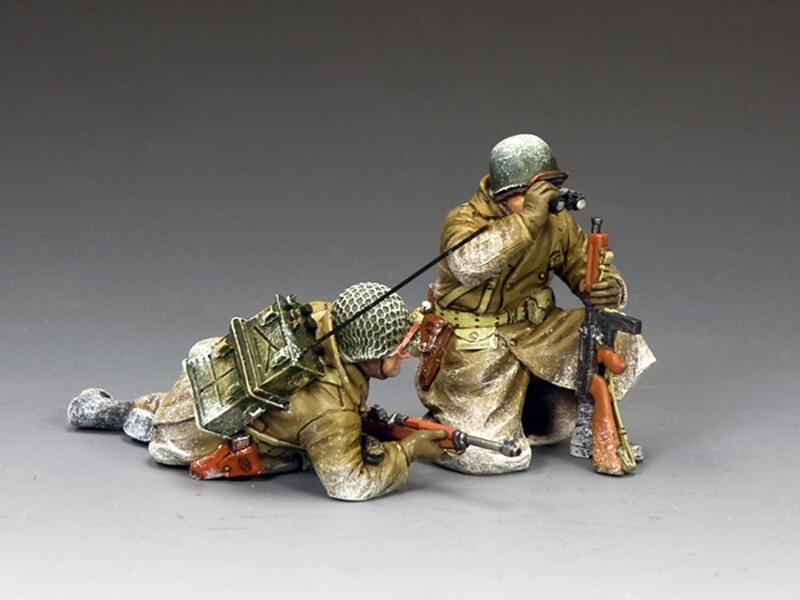 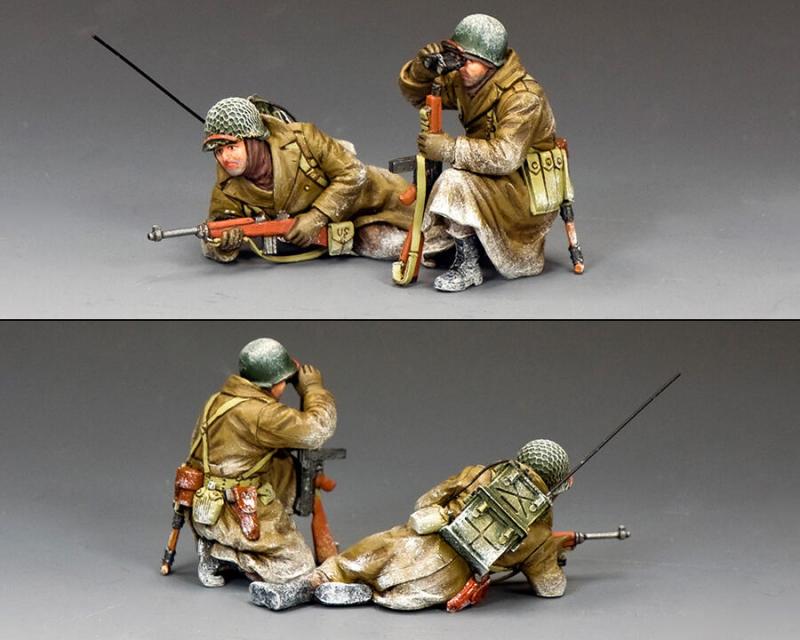 This two-man set includes the Squad’s radio man carrying the ‘SCR-538’ backpack radio with a telephone handset.  Because of the extra weight of the radio and its batteries, most radio operators carried the lighter M1 Carbine as a personal weapon.  Most ‘Squad Leaders’ were corporals; however, some sergeants would also take up this role.  Chances are, our Squad Leader is a ‘Sergeant’ as he’s carrying the Thompson submachine gun which was a rare weapon for junior NCOs to carry.