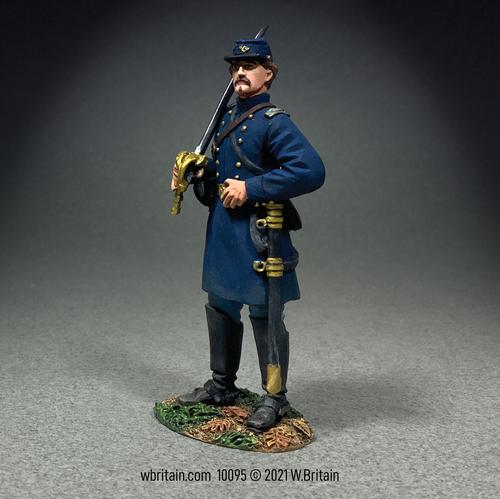 From a prominent Boston abolitionist family, Shaw accepted command of the 54th Massachusetts in 1863, the first all-black regiment from the Northeast.  Shaw was a strict disciplinarian.  After much hard and rigorous training, his men were prepared for battle.  Sent south, they would take part in an attempt to take Charleston, but to do so, they would have to capture a defending fortification called Battery Wagner.  As Shaw mounted a parapet and urged his men forward, he was shot through the chest three times, some Confederate reports claim he was hit as many as seven.  The fighting continued until 10 p.m. when the Union forces withdrew, having suffered heavy losses--the 54th suffering the greatest.  Shaw was interred with his men in a mass grave.  But what was meant as a slight was seen by his father as, “befitting his role as a soldier and a crusader for emancipation.”