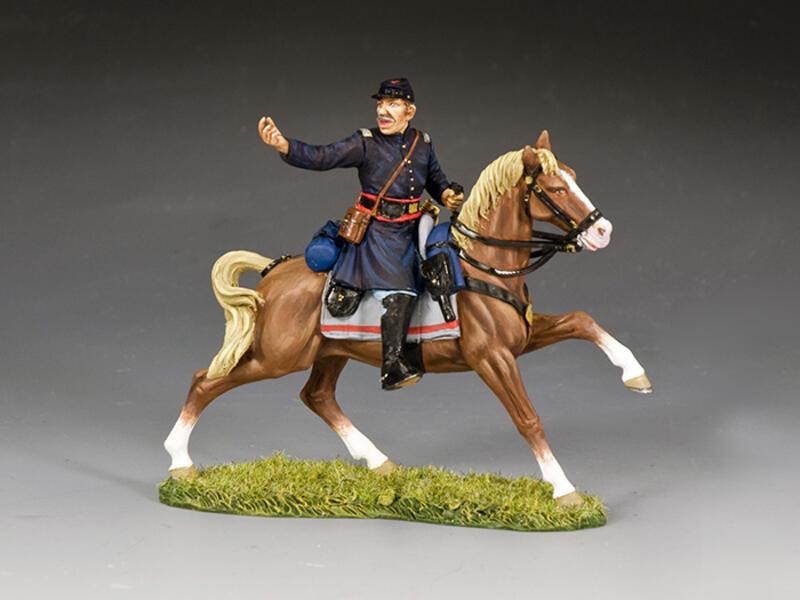 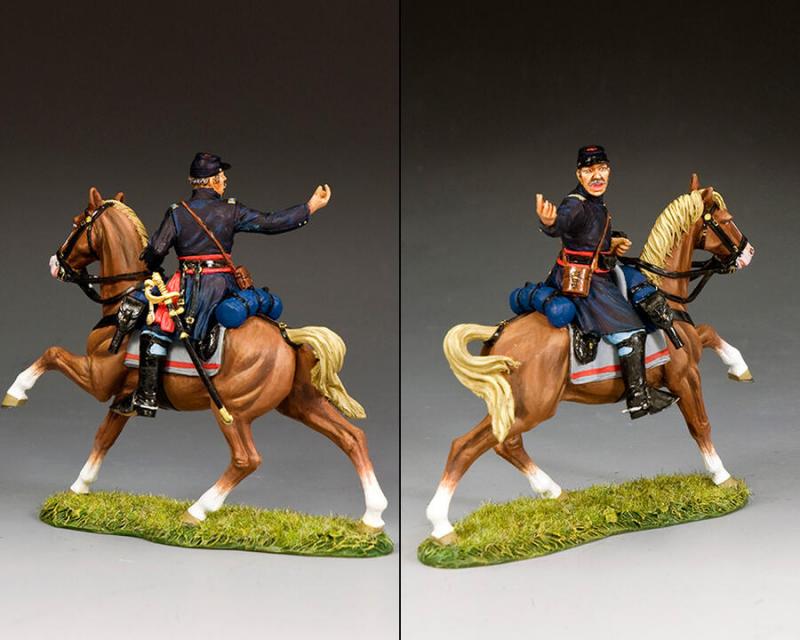 This mounted figure of one of the regiment’s best known commanding officers, Colonel John W. McLane encourages his men forward as they attack an enemy position.