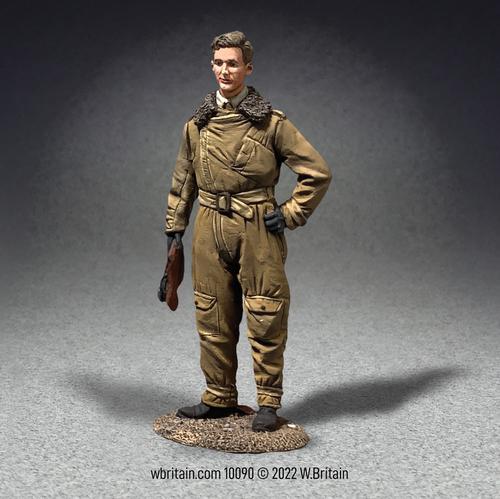 Charles Lindbergh was a military officer, author, and inventor, but it was his historic nonstop flight from New York City to Paris, May 1927 for which he will always be remembered.  The solo flight took over 33 hours and traveled over 3,600 miles in a purpose-built, single-engine monoplane, The Spirit of St. Louis.  The flight was wrought with peril.  Lindbergh had to pilot the Spirit over storm clouds at 10,000 ft. and skim over the tops of waves as low as 10 feet.  The plane’s wings iced up and Lindbergh had to fly blind through fog, navigating only by dead reckoning as he had rejected the installation of radio navigation gear as too heavy and unreliable.  As a captain in the U.S. Army Air Corps Reserve, Lindbergh received the Medal of Honor for his significant accomplishment.