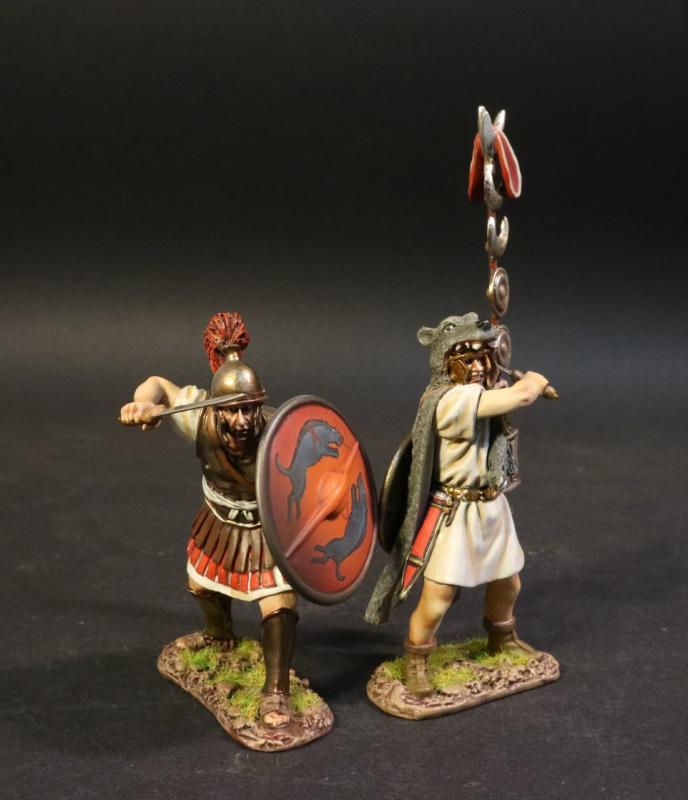 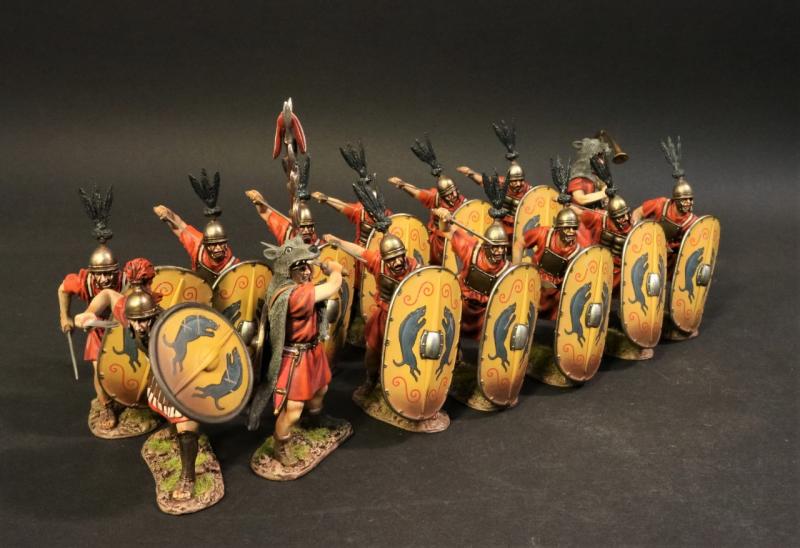 Centurion and Signifer (red shield, centurion leaning ready to thrust), The Roman Army of the Mid Republic, Armies and Enemies of Ancient Rome