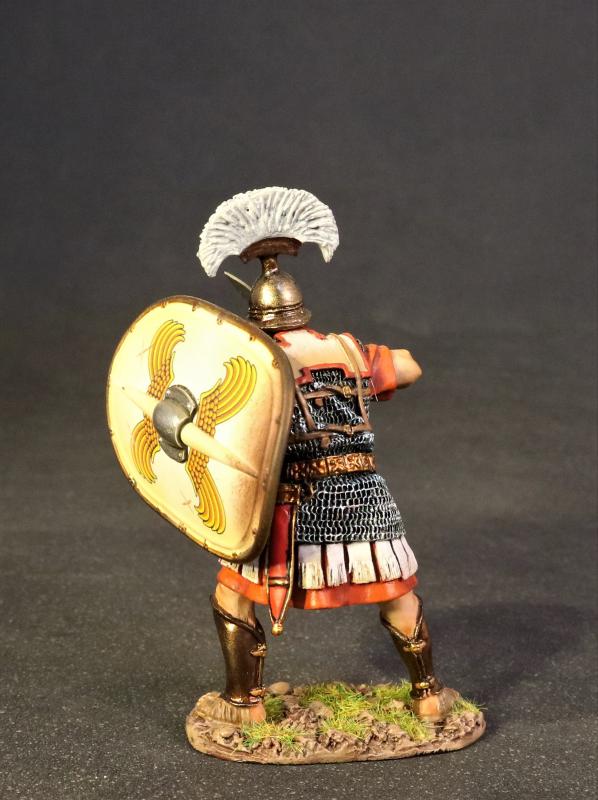 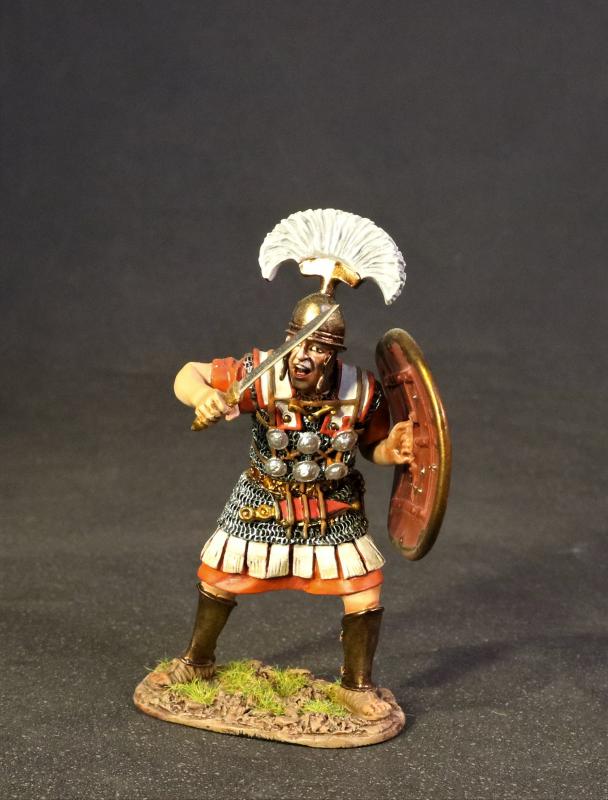 The Roman Army of the Late Republic

The Roman army of the late Republic refers to the armed forces deployed by the late Roman Republic, from the beginning of the first century B.C.E. until the establishment of the Imperial Roman army by Augustus in 30 B.C.E.

Shaped by major social, political, and economic change, the late Republic saw the transition from the Roman army of the mid-Republic, which was a temporary levy based solely on the conscription of Roman citizens, to the Imperial Roman army of the Principate, which was a standing, professional army based on the recruitment of volunteers.

Continuous expansion, wars, conflicts, and the acquisition of a growing, overseas territory led to an increasing degree of professionalism within the army.

The late-Republic saw much of its action taking place within the Roman borders and between Roman commanders as they vied for control of the republic.  There was a significant intertwining of military and politics in the acquisition and maintenance of power.  After the Social War, and following the establishment of the First Triumvirate by Julius Caesar, Licinius Crassus, and Pompeius Magnus, there grew an emphasis on the expansion of a united republic toward regions such as Britain and Parthia.  The effort to quell the invasions and revolts of non-Romans persisted throughout the period, from Marius’ battles with the wandering Germans in Italy to Caesar's campaign in Gaul.

After the completion of the Social War in 88 B.C.E., Roman citizenship was granted to all its Italian allies (the socii) south of the Po River.  The alae were abolished, and the socii were from now on recruited directly into uniformly organized and equipped legions.  The non-Italian allies that had long fought for Rome (e.g. Gallic and Numidian cavalry) continued to serve alongside the legions, but remained irregular units under their own leaders.

For reasons that remain uncertain to this day, the structure of the Roman army changed dramatically during the late Republic.  The maniple, which had been the standard unit throughout the mid-Republic, was replaced by the cohort as the new standard tactical unit of the legions, while the Roman citizen cavalry (equites) and light infantry (velites) disappeared from the battlefield.  Traditionally, many of these changes have been attributed to the reforms of Gaius Marius, but some scholars argue that they may have happened far more gradually.

The Scutum was a type of shield used among Italic peoples in antiquity, and then by the army of ancient Rome starting about the fourth century BCE.  The Romans adopted it when they switched from the military formation of the hoplite phalanx of the Greeks to the formation with maniples.  In the former, the soldiers carried a round shield, which the Romans called clipeus.  In the latter, they used the scutum, which was a larger shield.  Originally it was an oblong and convex shield.  By the first century BCE, it had developed into the rectangular, semi-cylindrical shield that is popularly associated with the scutum in modern times.  This was not the only shield the Romans used; Roman shields were of varying types depending on the role of the soldier who carried it.  Oval, circular and rectangular shields were used throughout Roman history.

By the first decades of the 1st century, the COHORT had replaced the maniple as the standard tactical unit of the legions.

The three lines of the manipular legion were combined to form the cohort, which generally numbered about 480 to 500 men.  Maniples and centuries continued to be used as military and administrative subdivisions for the cohort.

There were six centuries in a cohort, which were now all 80-men strong.

Each Centuria was commanded by a Centurion, and also included an Optio, a Signifer, and a Cornicen.

Each Centuria would also contain a hornblower or Cornicines.

A cornicen (plural cornicines) was a junior officer in the Roman Army.  The cornicen's job was to signal salutes to officers and sound orders to the legions.  The cornicines played the cornu (making him an aeneator).  Cornicines always marched at the head of the centuries with the signifer.  The cornicines were also used as assistants to a centurion (like an optio).  The cornicen was a duplicary or a soldier who got double the basic pay of the legionary.