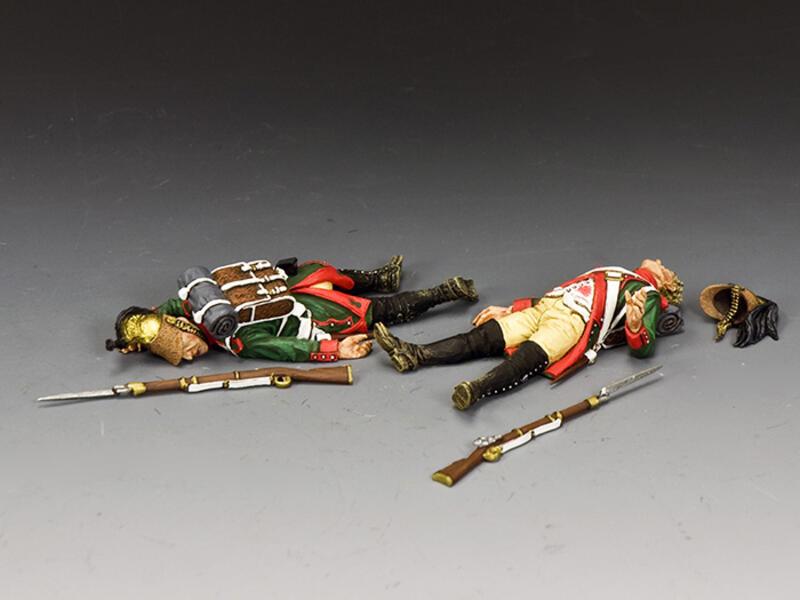 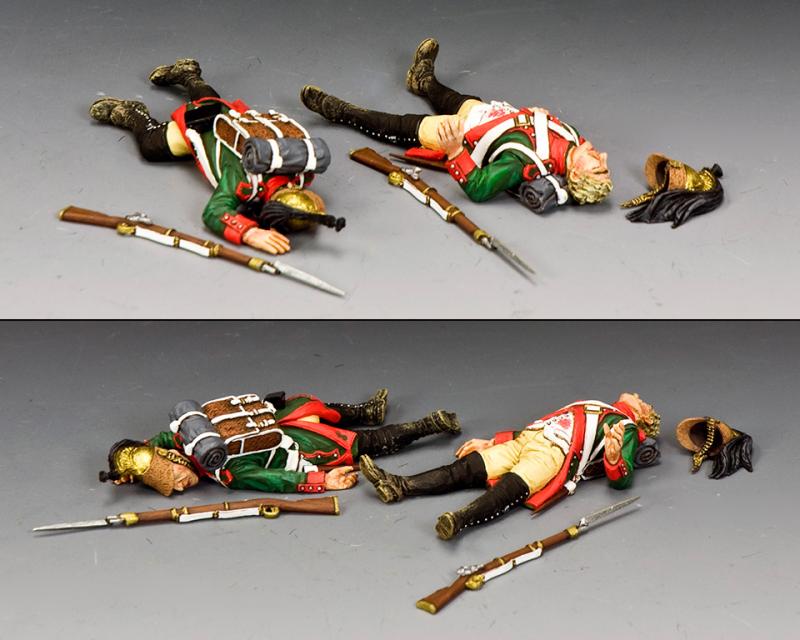 Casualties of War, ‘Dragons a Pied’, the ‘Foot Dragoons’.

A pair of dead Foot Dragoons, their muskets on one side plus a fallen dragoon helmet.