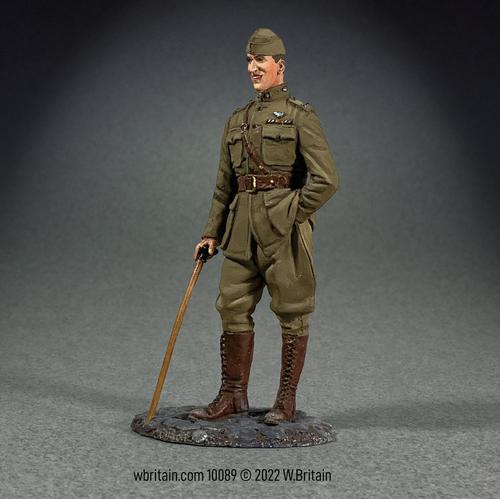 As the United States’ most successful fighter ace of World War I, Captain Eddie Rickenbacker was credited with 26 aerial combat victories.  Even as a young man, he exhibited a strong thrill seeking behavior--he tried to “fly” a bicycle outfitted with an umbrella off of a barn roof and drove in the inaugural Indianapolis 500.  It was as a driver that Rickenbacker first served in France, but soon finagled his way into flight school.  He was chosen over several senior rank fliers to head the 94th Aero Squadron, nicknamed the Hat-in-the-Ring Gang.  There he emphasized three core principles:  Never attack unless there is at least 50–50 chance of success; always break off an engagement that seems hopeless; and know the difference between cowardice and common sense.