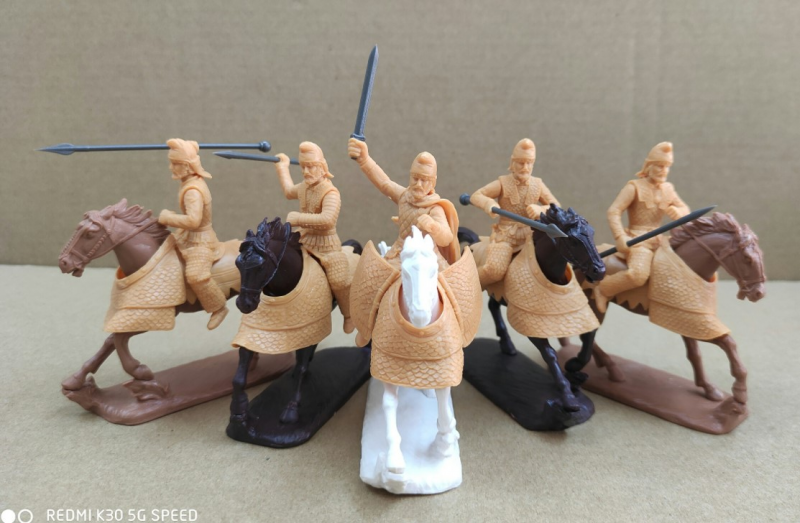 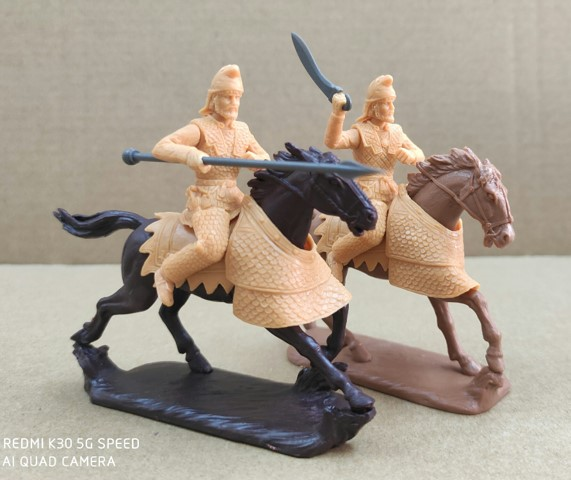 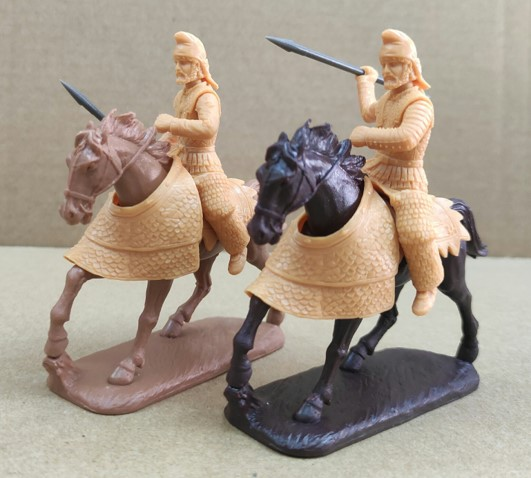 This set contains 5 model soldiers plus 5 horse models comprising of 1 officer and 4 troopers as before.  This set depicts another well-known component of the Persian army, the Cappadocians.  Like elsewhere in the Persian Empire, the aristocracy of Cappadocians are Persians and Medes transplanted on the land.  Cappadocian cavalry fought at the battle of Guagamela with distinction, but it was their performance under Eumenes, during the Wars of the Diadochi (Successors) that made them highly regarded.

The distinctive characteristics of the Cappadocian is their stitched tiara (headdress of heavy felt or leather) and their leg armour.  In the earlier period, their main weapon continued to be the javelin but later on, they relied more on their spears for shock actions.