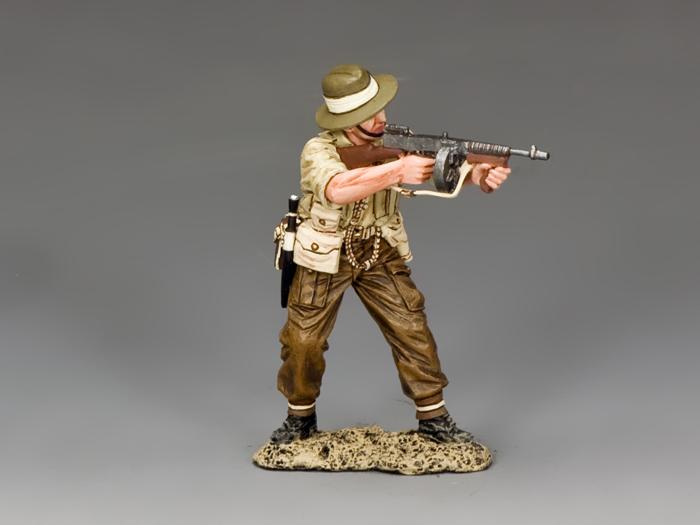 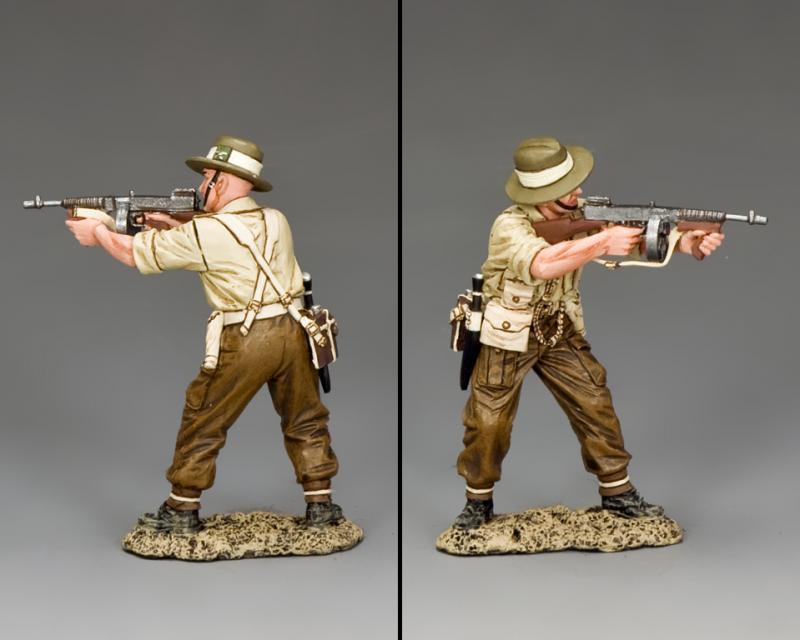 Up until today, the majority of Officers in Gurkha Regiments have always been British.  Among the most famous officers who served as a Gurkha was Field Marshal Sir William ‘Bill” Slim, who commanded the British 14th Army in Burma during the later part of WWII.  Our officer takes careful aim with his Thompson submachine gun.