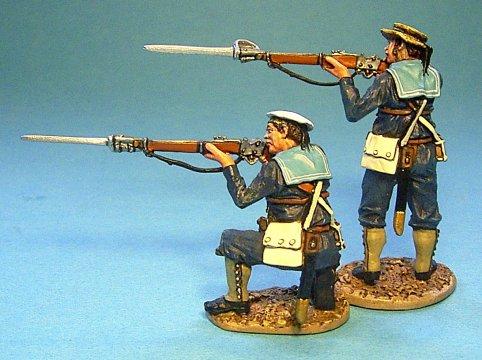 British Naval Brigade 2 Figures Firing #2
NOT Limited Edition
When landed for service in a naval brigade, the individual seaman was armed with a rifle and a cutlass-bayonet. When fixed as a bayonet, the cutlass-bayonet made the rifle very muzzle-heavy and even less accurate than it already was in the hands of the sailors.