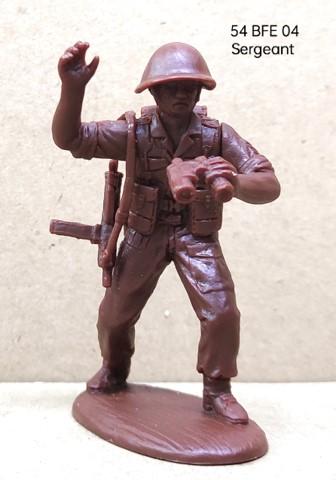 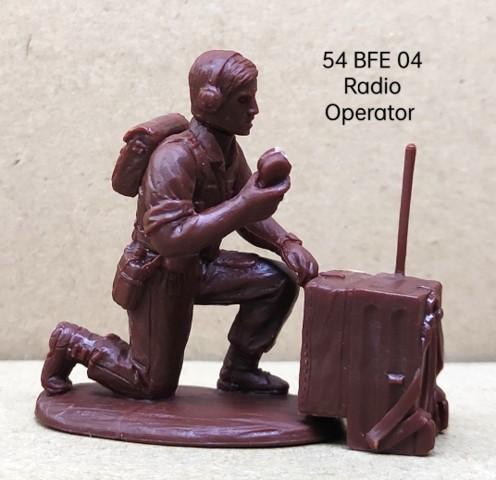 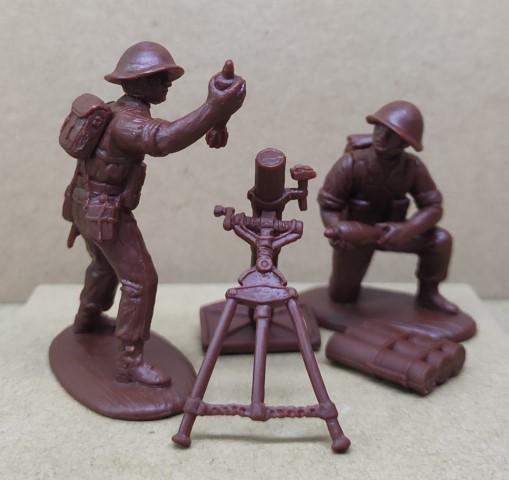 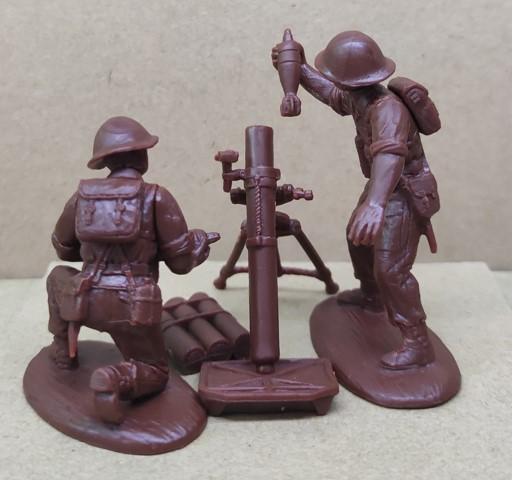 The set contains 9 model soldiers comprising of 1 officer, 1 sergeant, 1 radio-operator (with optional parts to be forward observer), and 3 teams of one gunner and one loader with a 3-inch mortar.  The weapons, heads, and arms are interchangeable to enable the assembly of different postures.

The 3-inch mortar was the most common infantry support weapon for the British Army during WWII.  They were deployed at the company level and sometimes at platoon level.

The turtle helmet was a late design and only issued around 1944 and would have been worn only by the later British troops.