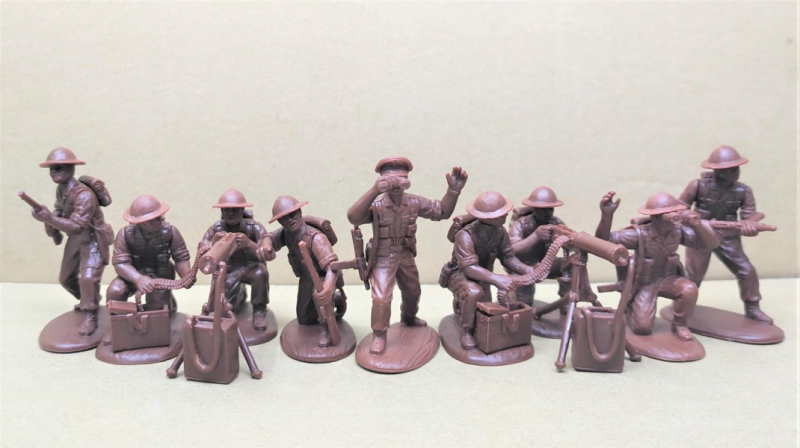 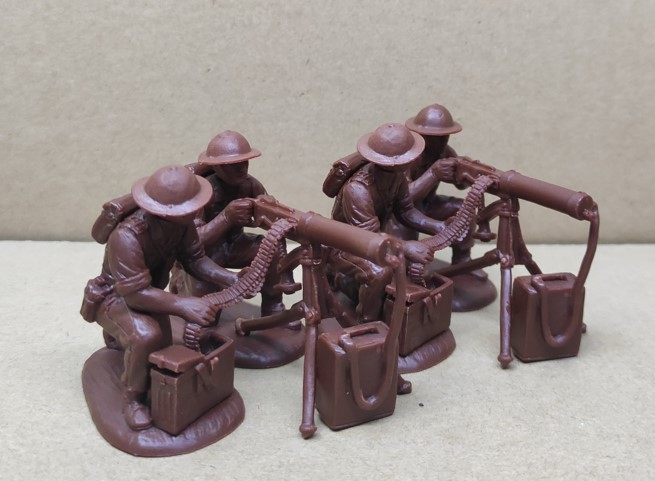 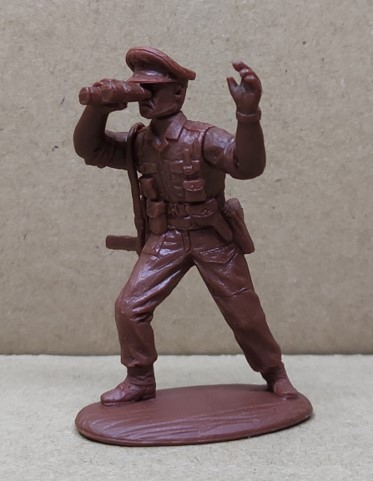 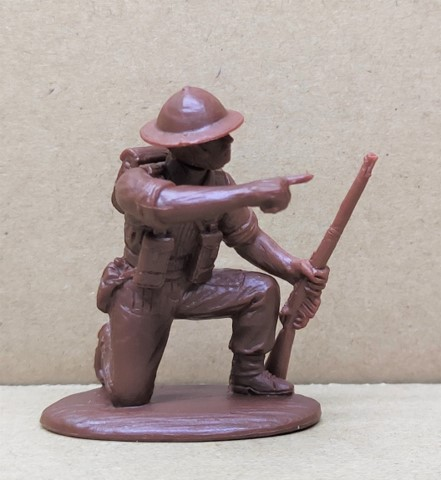 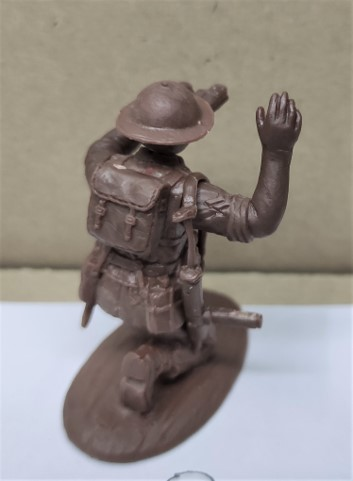 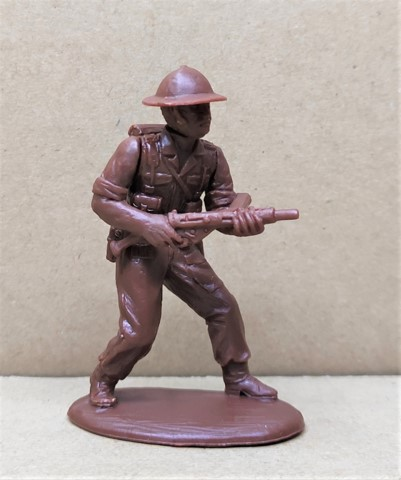 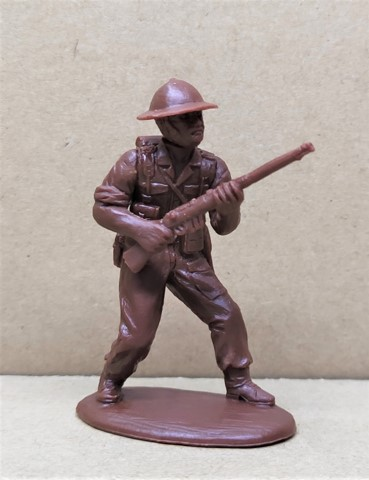 The set contains 9 model soldiers comprising of 1 officer, 2 machine-gun teams of 1 gun-commander, 1 gunner and 1 loader;  and 2 infantrymen.  The weapons, heads, and arms are interchangeable to enable the assembly of different postures.  The plain Brodie helmet is iconic of the British soldier in WWII.

The Vickers Machine-Gun is the most common general purpose machine-gun for the British Army during WWII.  The plain cooling jacket was produced after Dunkirk to replace the fluted-jacket for economy reasons.  Adaptability is a critical factor for survival.

The spare infantrymen… The arms can be swapped with that of BFE 02 for greater variety of poses.