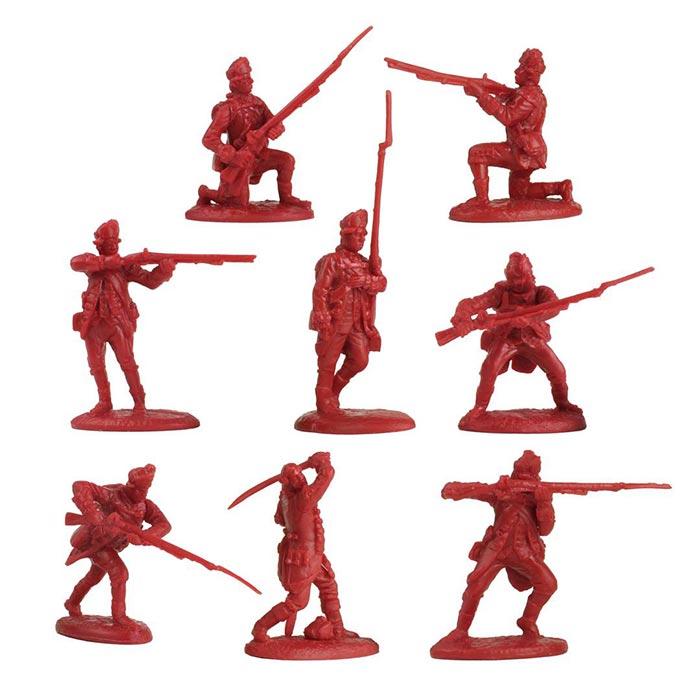 The British Army first recognized light infantry’s value during the French and Indian War of 1754-63.  Regiments of foot campaigning in North America formed ad hoc companies filled with chosen men trained to battle France’s Indian allies and Canadian irregulars on equal terms on wooded terrain.  Detached from their parent regiments, these light infantrymen served in separate battalions that distinguished themselves at Louisbourg, Quebec, and Martinique.  When the British Army downsized on the return of peace, however, it disbanded its light companies and each foot regiment once again contained one grenadier company and eight battalion companies.

​Fortunately, the British high command reversed this shortsighted decision before the outbreak of another American war, and each foot battalion formed a permanent light infantry company in 1771 and 1772.  Major General William Howe, the British light infantry commander at Quebec in 1759, assembled several light companies for special training at Salisbury, England, from August through September 1774.  Howe taught these “Light Bobs” to operate in two ranks with the men set apart at intervals of four feet (open order) or ten feet (extended order), which made them difficult targets.  Light infantry incessantly practiced skirmishing and how to advance in small bodies.  Howe also stressed speed, habituating light troops to move either at the quick step or a run.  ​

During the American War of Independence, the light infantry became the pride of the British Army.  Light Bobs screened the advance of the king’s field armies, protected their flanks, spearheaded flanking movements, and conducted terrifying night attacks.  An anonymous poet captured the light infantry’s dashing image in a song published by a Loyalist newspaper in December 1778:

For battle prepared in their country’s just cause,
Their king to avenge and support all his laws;
As fierce as a tiger, as swift as the roe,
The British Light Infantry rush on their foe.

Though rebels unnumber’d oppose their career,
Their hearts are undaunted; they’re strangers to fear;
No obstacles hinder; resistless they go,
And death and destruction attend every blow.