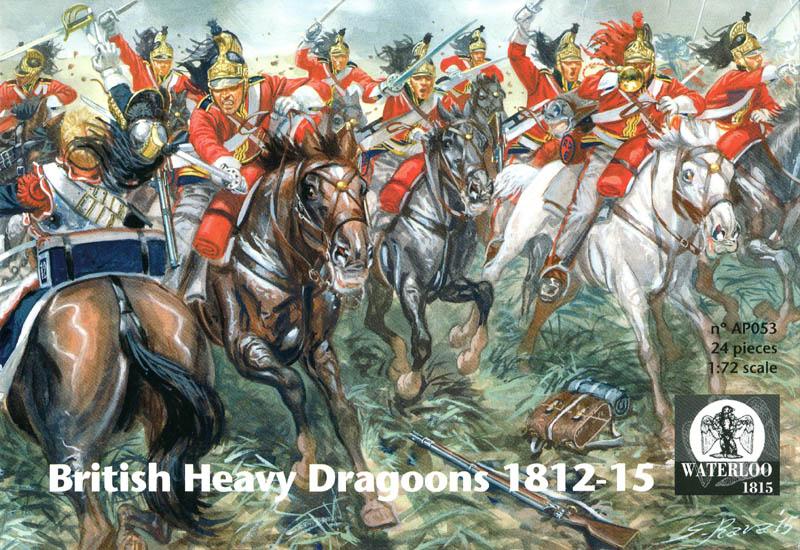 The difficulties of transporting heavy cavalry horses across the Channel meant that British heavy dragoons did not see a great deal of service on the continent during the Napoleonic Wars.  Famously, of course, they were present at Waterloo and participated in the charge of the 'Union' Brigade, where their wild advance scattered the enemy but continued out of control until their ranks were devastated by French cavalry.  This was fairly typical of their discipline, and was part of the reason Wellington placed less faith in his cavalry arm than in his infantry, but when thundering forward as depicted on the box artwork they must have made a magnificent spectacle