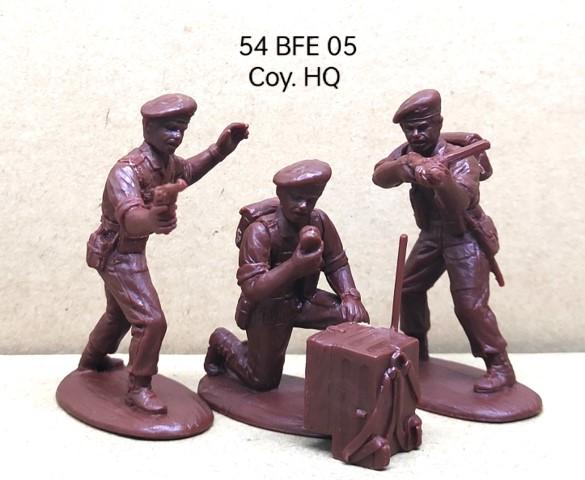 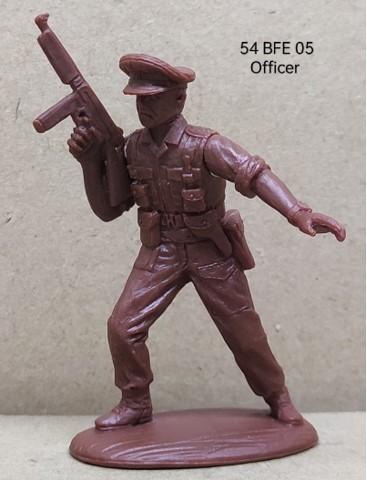 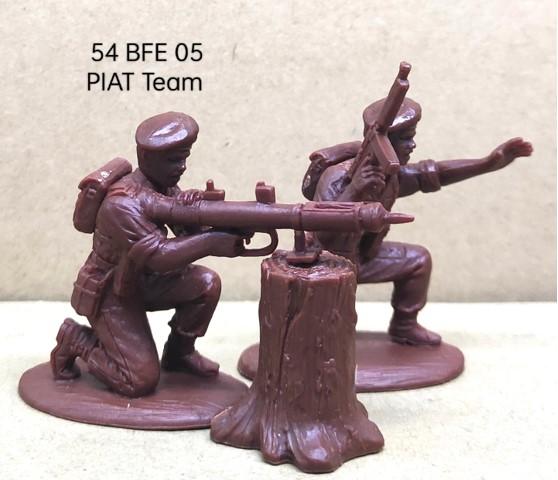 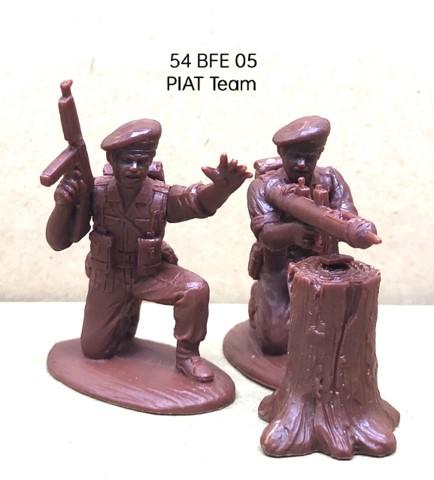 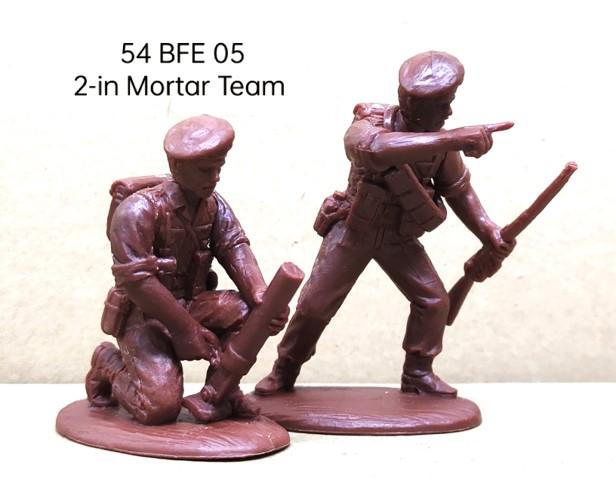 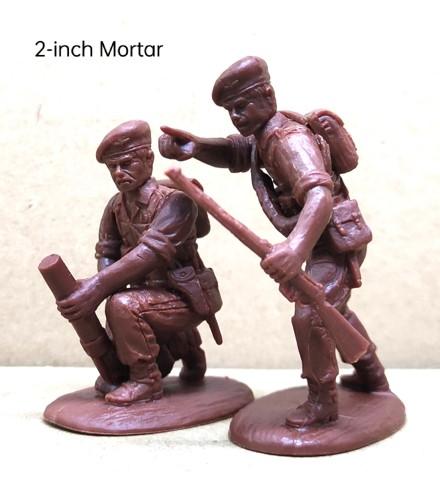 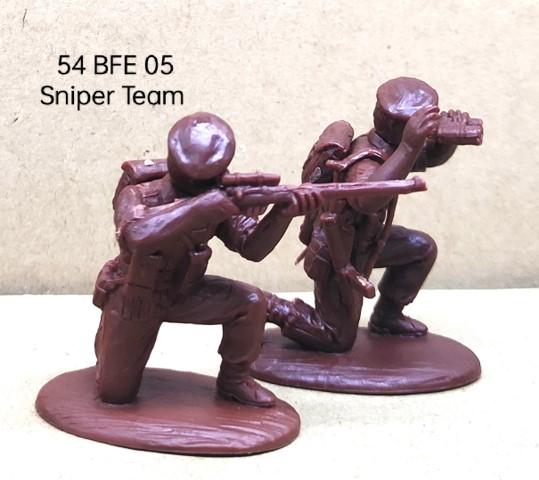 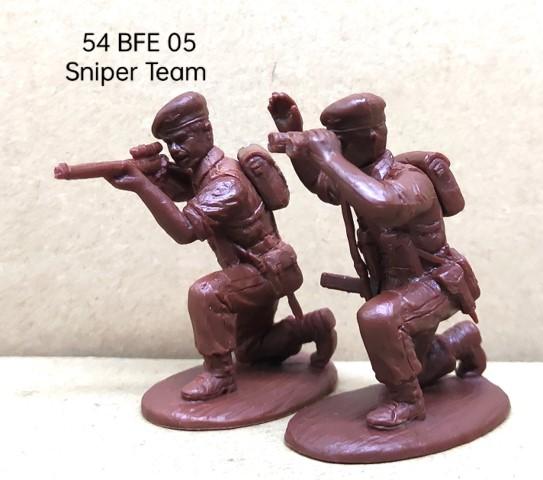 The set contains 9 model soldiers comprising of 1 officer, 1 radio operator, 1 sergeant, and three teams of special weapons and crew.  There is a PIAT team; a 2-inch mortar team and a sniper team. The weapons, heads and arms are interchangeable to enable the assembly of different postures.

The beret is a very exciting symbol elite soldiers such as the Red Devils at Arnhem.  I especially associate it with the movie, The Wild Geese.  The picture on the left is an alternate assembly for the officer in action.

The PIAT was a late war invention.  PIAT is the acronym of Projectile, Infantry, Anti-Tank.  Pure engineering faculty terminology.

The 2-inch mortar is assigned to each rifle section as support for both defence and assault.  It is more like a grenade-launcher.

The sniper is probably the most dangerous soldier on the battlefield, accounting for the most kills.