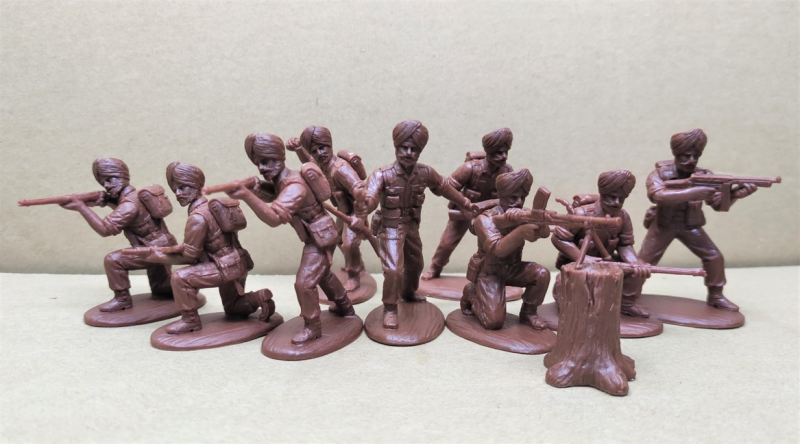 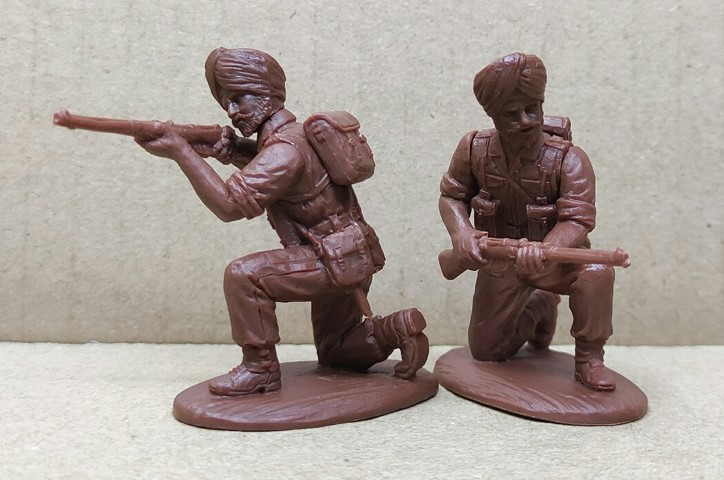 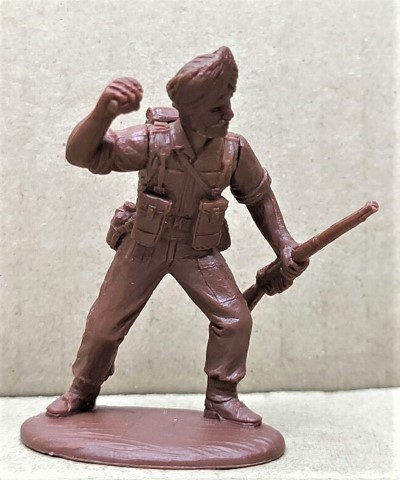 This set contains 9 model soldiers comprising of 1 officer, 1 light machine gunner and 7 infantrymen.  The weapons, heads, and arms are interchangeable to enable the assembly of at least 20 different postures.  This set is also based on the models of 54 BFE 02 which we have already released, except for the heads.

This set is to provide complete range for those collectors who are interested to collect for the full combat range of the Indian infantry of WWII.

Another shot of the magnificent fighting Punjabis.  There are many styles of turban, but for our purpose, we need to confined to one for the whole range presenting the range of combat troops of an infantry company.

During the War, in the minds of Churchill, the infantry company is just a number.  For us collectors, we march with Colonel Bogey on the Bridge of the River Kwai!