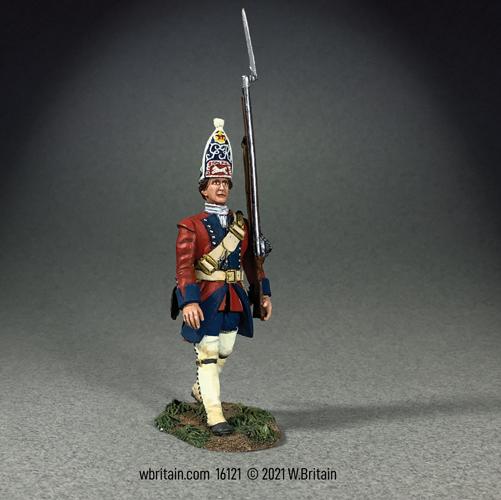 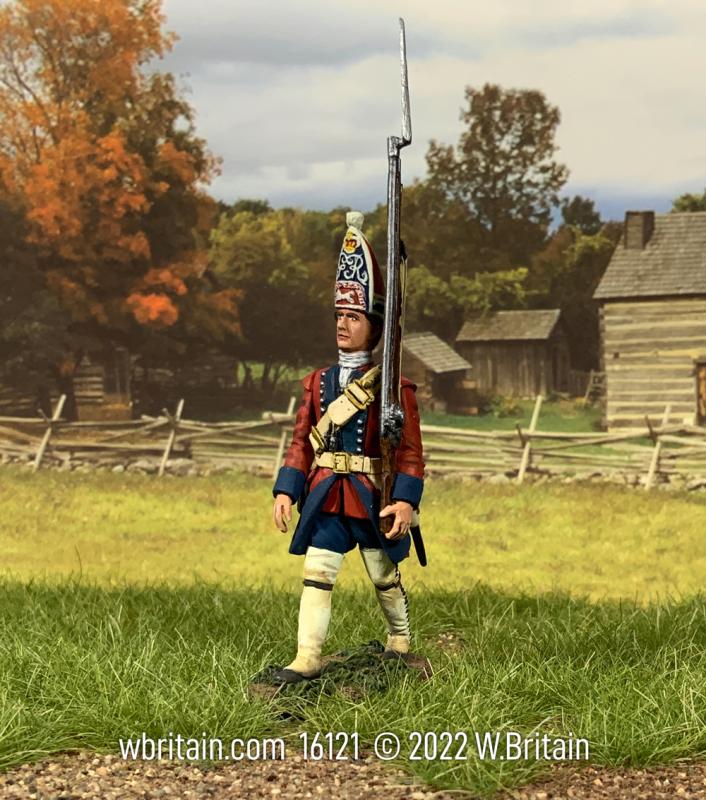 On 25 Dec. 1755, a royal warrant established the 62nd (Royal American) Regiment of Foot as a new regiment in the American colonies. The regiment was renamed the 60th (Royal American) Regiment of Foot when both the 50th and 51st Foot were disbanded on 27 Dec. 1757. Recruited in Germany and Ireland and from Swiss and German settlers in Pennsylvania, Virginia, and Maryland, the soldiers were formed into 4 battalions, each of which contained nine Center Companies and one Grenadier Company. The 60th wore red coats with blue facings (indicative of a royal regiment) and no lace. The Grenadiers wore a woolen miter cap elaborately embroidered with a crown centered over the King’s cypher and the white horse of Hanover at the base.